Whether you associate the Mid-century modern aesthetic with Mad Men or your parents’ living room, its clean lines and signature look have become iconic. We admire two Mid-century homes that have been restored for the next era.

Lake Oswego | Mid-Century, with a twist 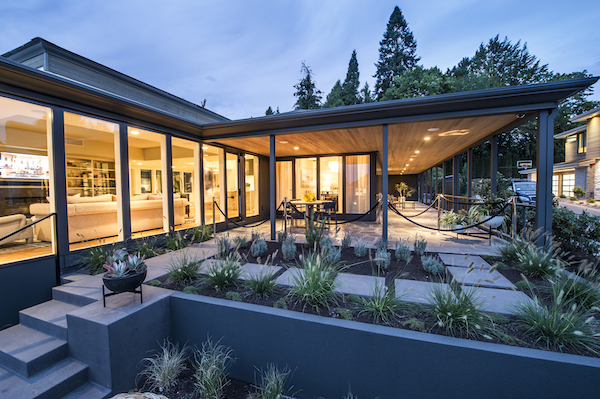 Although John Yeon was never formally trained as an architect, the native Oregonian is now considered a master of Northwest Regional Modernism. He designed the Watzek House in Portland in 1937, when he was only 26 years old. That project earned him international recognition when the Museum of Modern Art in New York declared it a masterpiece of its time, alongside Fallingwater by Frank Lloyd Wright. Then in 1950, Yeon designed a different style house in Lake Oswego. While still modern, he called it “palace style,” perhaps in reference to the flared roof detail. It was just this combination of Mid-century modern and playful regency that intrigued interior designer Joelle Nesen, of Maison, when she visited the home earlier this year. “Yeon really wasn’t a modern literalist,” Nesen said. “He used different elements.”

When Nesen first saw the property, its lot was to be subdivided and the house possibly demolished. “Everything was pretty thrashed,” said Nesen. “The core was just failing. There was dry-rot everywhere.” Brian and Jeff Bohrer, owners of Cornerstone Construction, however, convinced the developer to remodel instead of raze. To that end, the house was taken down to the studs and rebuilt with higher-quality materials. Keith Abel, a residential designer, made modifications to the floorplan with an eye towards retaining the home’s scale and flow. The original window placements and roof detail were all closely recreated wherever possible.

Next, Nesen and her team outfitted the interior. “Our goal was to create something updated and inspiring, but respectful to the original,” Nesen said. For instance, they paneled the den with rich Douglas fir, painted the front door Yeon’s favorite shade of blue, and hung delicate shell sconces fabricated by Yeon in their original locations. “We wanted the house to cross timelines so it will last the next sixty-five years,” Nesen said. 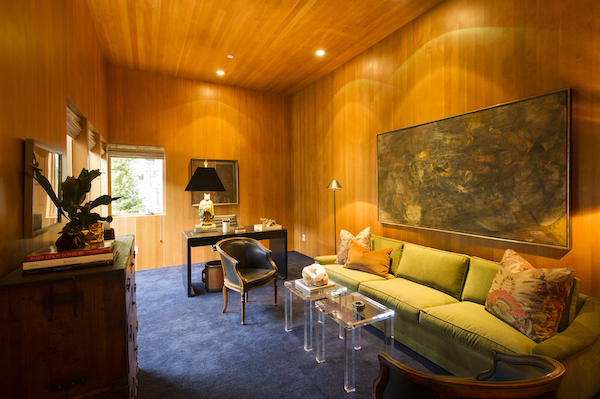 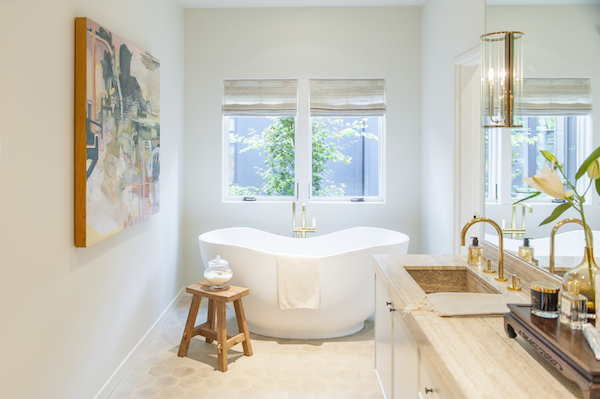 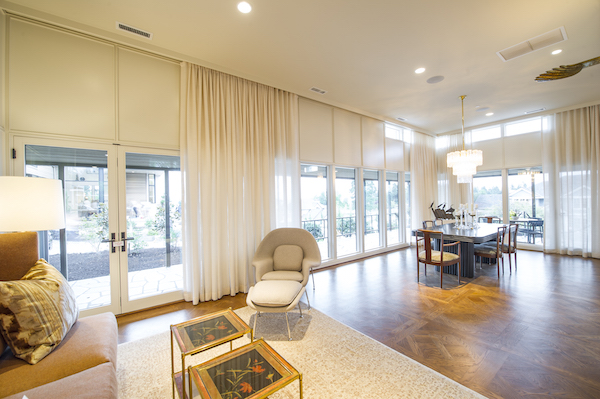 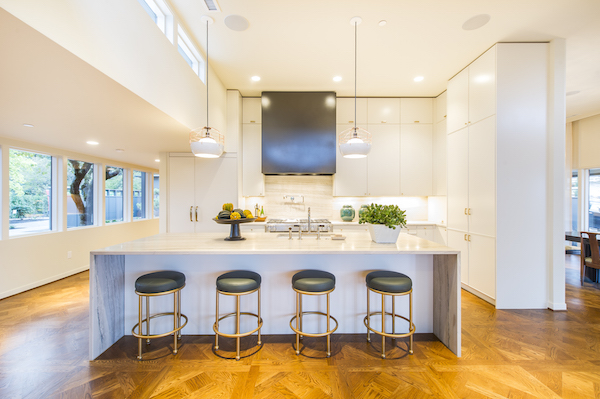 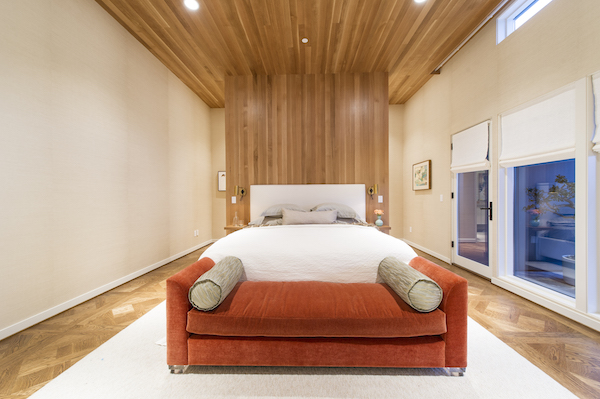 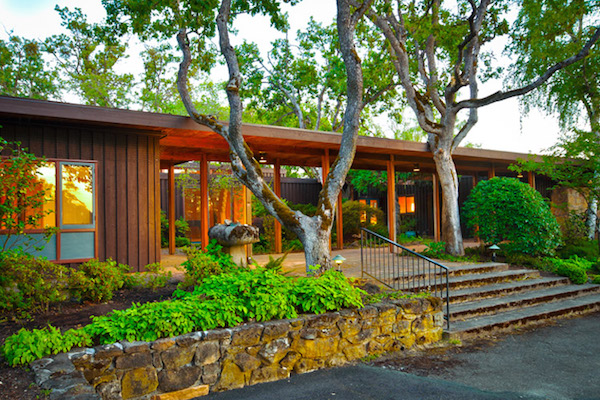 When Architect Bruce Richey first stepped inside this Medford area home, he was in for a surprise. “It was jaw-dropping,” Richey recalled of that first visit. “It was like walking back in time.” The home had been built in 1954 for a prominent local farm family. For its design, they hired the well-regarded San Francisco architect George T. Rockrise, whose career included work on the United Nations headquarters in New York, and Sunriver Resort in Central Oregon. During that 2010 tour of the home, Richey was impressed with the “clean Mid-century modern elements” of Rockrise’s design. These included an open layout, extensive Port Orford cedar on the walls, and large expanses of windows that connected the interior to the grounds, once landscaped by the renowned landscape artist Lawrence Halprin. “This house is so unique for little Medford,” Richey said. “That’s what got me excited—no one had gone in and messed up its significance.”

The home’s finishes and features were well preserved, down to the bright blue cabinet paint and Formica counters in the kitchen. Even so, there was some basic wear that needed attention. Richey set out to restore the home with Stuart Allan, the son-in-law of the original homeowners. “Bruce was so committed to the Mid-century modern aesthetic,” Allan said. In that spirit, Richey prepared an exhaustive inventory of the home, documenting every room and outlining instructions for minute repairs.

Today, many of those updates are not immediately apparent, such as a new roof membrane, insulation and mechanical systems. Richey’s attention to the details, however, ensured that the house still emanates its original character, much as the aroma of cedar still wafts from the walls. “It’s extremely subtle but still there,” Allan said of the smell. “The first time I saw that house, it was six years old. When I walk in now, I would say it’s completely unchanged.” 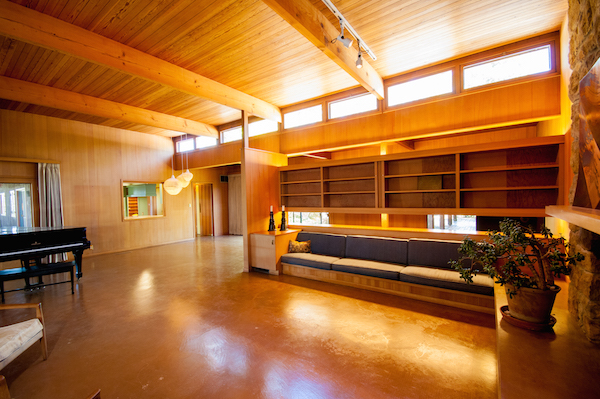 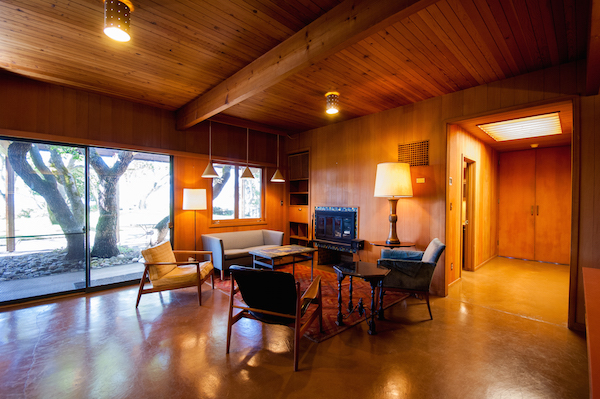 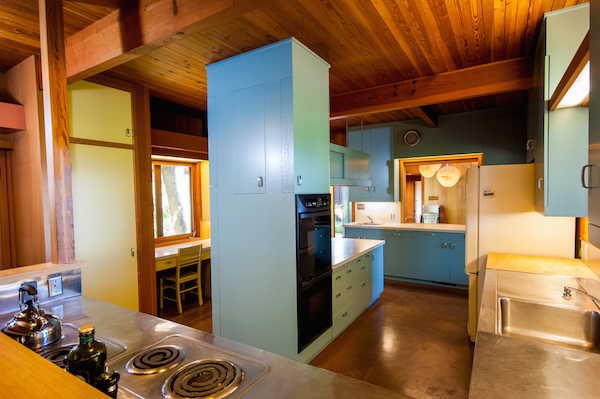