ARTIST NATALIE FLETCHER is keenly aware of local weather patterns. A bright, sunny day could leave her models vulnerable to sunburn or dehydration. She studies cloud migrations and shadows carefully. If they are changing too rapidly, her canvas—human flesh—could easily reflect a moment that has passed once a piece is complete and ready to be photographed. 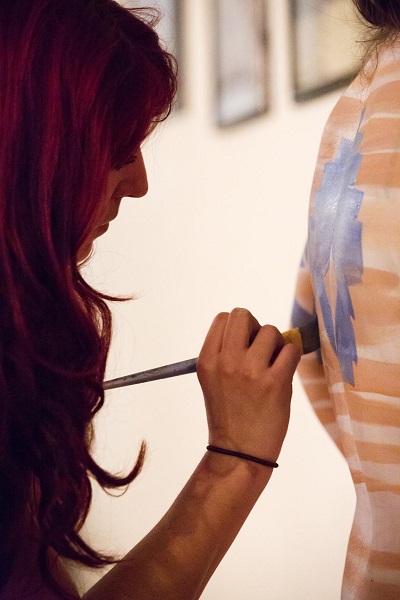 Fletcher, 28, uses body makeup to transform her models into vistas of cloud cover, mountain peaks and winding highway. Photographic prints of her work show human forms merging into their surroundings to stunning effect—a woman becomes a handsome aspen tree and a sprawling meadow; a man resting his hand on a surfboard becomes part of a sandy beachscape, with its frothy sea and jagged coastline.

Though her finished models are an arresting sight, the draw for Fletcher is the interaction with her models. Helping a person metamorphose into art is an intimate experience, and fear, courage and transformation often play a role.

“You know how they say hairdressers and bartenders hear all the secrets and interesting stories?” she asks. “I definitely think body painters should be on that list.” 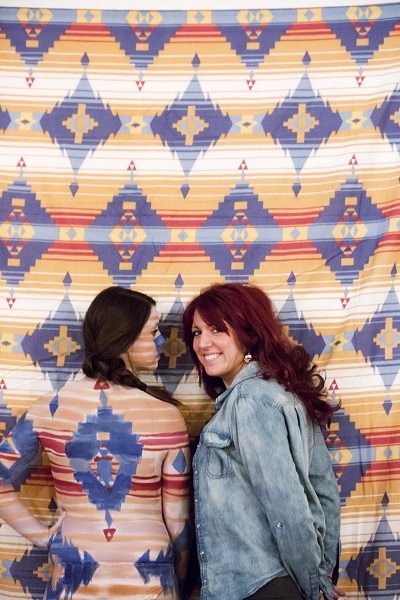 Because the act of being painted can feel so empowering, some men and women choose to be painted by Fletcher because they struggle with body acceptance. Other models simply want to celebrate who they are, in the flesh. In the summer of 2013, Fletcher spoke at a local church on “Expression of the Freedom of Art.” Afterward, a woman in her late fifties approached her and asked to be painted with a river flowing through her.

“I took her to a nearby creek that she could stand in,” Fletcher recalls, “She took off her clothes, and I painted her while we both stood in the stream. She sang songs to me, and she was an extremely gifted musician. When we finished, I showed her the photos and she teared up and thanked me. It was one of the most beautiful experiences of my painting career.”

As a child, Fletcher and her family moved frequently, but spent seven years in Amarillo, Texas, where, in a high school art class, she first discovered what paint could do. In 2010, she completed a four-year certificate of mastery in classic realism drawing and painting at The Ashland Academy of Art. She then moved to Central Oregon, where she saw a body painting ad in a local paper. To apply, Fletcher tried her hand at painting four bodies, including her own. Those four living canvases earned Fletcher her first job as an artist painting bodies. 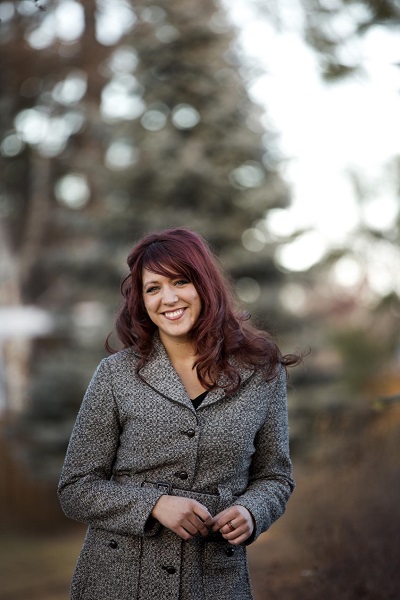 As more body painting followed, Fletcher was challenged to examine her own long-held discomfort with her own curvy physique. “I told myself that I wanted to be brave and confident like my models,” she explains. “If I was asking them to be nude for me, then I had to be willing to do the same thing.” To that end, she sometimes paints in her underwear. Other times, she practices painting techniques on herself at home, in front of a mirror. When outdoor temperatures aren’t conducive to nudity, Fletcher works indoors, where she creates superheroes and exquisitely-detailed corseted torsos. She also designs, builds and paints all the sets for her sister’s children’s theater in Philadelphia. Connecting with brewpub culture in Bend, she completed a beer-themed mural at Silver Moon Brewery. 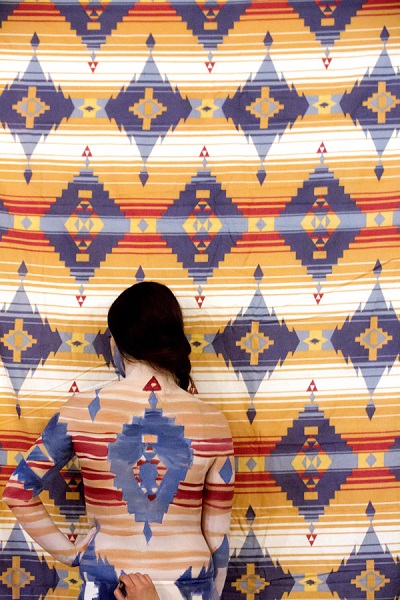 One of Fletcher’s long-term dreams is to travel around the world painting people into different magnificent spots and compiling the photographs in a series of books. This summer, she hopes to travel Oregon for a small-scale version of the project, painting models in varied natural settings. “It won’t be your typical coffee table book,” she offers.