“This is a dibble,” Bob Denman said on a recent tour through his store, Red Pig Garden Tools, housed in a 1,600-squarefoot barn in Boring. “It’s the oldest garden tool in the world.” 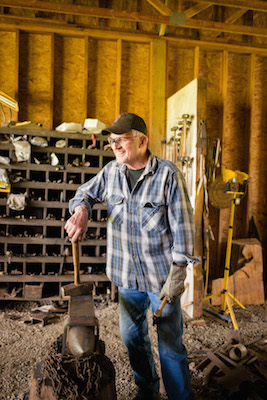 It was originally a sharp stick carved by farmers to pierce the ground and plant seedlings, he explained. In the early 1900s, farmers engineered a metal portion for the tool. Denman’s version is hand forged from a one-inch-thick steel bar and fitted with a hardwood handle. The steel gives it weight. “You don’t have to push this into the ground. Just hold it as it drops,” said Denman. “It’s a good example of a tool I brought back because it was in danger of disappearing.” 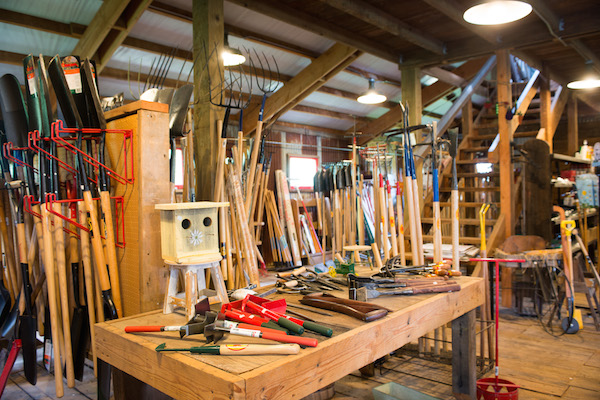 Denman is a 72-year-old blacksmith who hand forges garden tools from roughly 250 different designs. He came to his craft in his late 40s, at a blacksmith friend’s urging. The training was their idea of fun: “Two guys drinking whiskey and playing with fire,” Denman said with a laugh. He and his wife, Rita, moved their business from Southern California to Oregon in 2004. “People in Oregon value handmade and small companies,” he said. 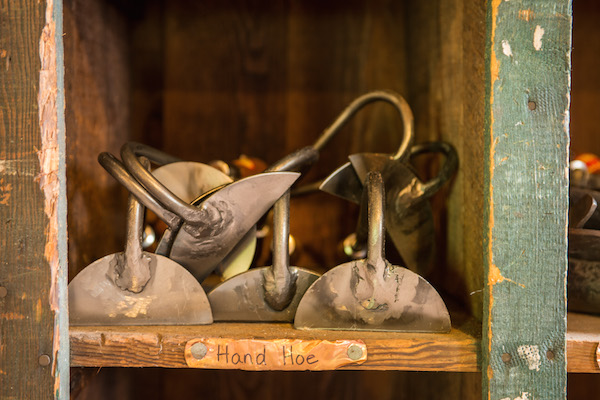 Through Red Pig, Denman brings back tool designs that are no longer fabricated by larger manufacturers. He also will customize any piece to order. “We can fit them like a tailor,” he said. “As long as it’s steel and wood,” he said. “There isn’t a tool that we don’t have.”