Imagine getting your driving directions on the windshield of your car or checking email on your bathroom mirror while you brush your teeth. Many of these futuristic concepts began over a decade ago in a research lab at Oregon State University.

In late 2001, electrical engineering professor John Wager and his team of researchers developed the transparent transistor, which led to the discovery of an oxide thin-film technology (TFT), currently inside the new Apple 5K retina display panel. 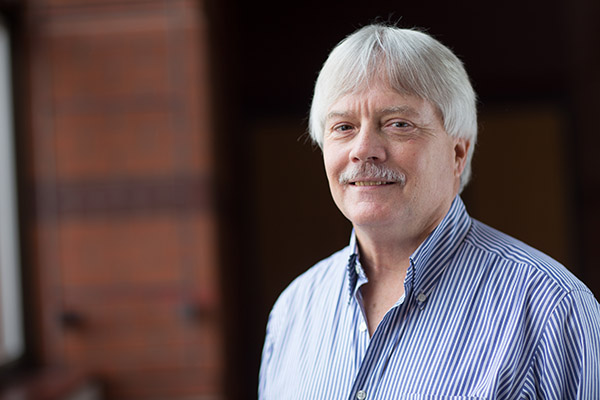 Already, companies such as Apple, LG, Sharp, and Samsung are unleashing their product designers onto the vast landscape of futuristic applications. We spoke with Wager about the implications of this revolutionary material in a world hungry for high-quality display and seamless interactivity.

From an engineering viewpoint, how do you view consumer electronics?

Transparent electronics research is pushing innovation into futuristic realms.  Conceptually, electronics could be incorporated onto any glass surface.

Since you invented the transparent transistor in 2001, what has your route of discovery been like?

Back then, we had a contract from the National Science Foundation to explore a new class of materials. The initial materials were hard to work with so we turned to other materials. We got off track. We chose zinc oxide to test first.

As in the sun lotion we use at the beach? Sunblock? Yes. Graduate student Randy Hoffman fabricated the very first transparent transistor over winter break 2001. We eventually moved away from zinc oxide, but his invention was the key breakthrough. Very soon we were talking to Hewlett Packard in Corvallis. They were very intrigued and interested. They had a very futuristic project. It was exactly what they needed. OSU licensed the technology to them, and we initiated a joint-development project. By mid 2002, we collaboratively identified that amorphous oxide semiconductors would be a great class of materials for building these kinds of electronics.

How did you identify the material?

There’s a sweet spot of the periodic table, where you can design amorphous oxide semiconductors based on a certain strategy.  We identified the whole family of materials as well- suited to these applications, but it wasn’t clear to us then that IGZO was the one to put your money on. But IGZO has the attributes and the manufacturability to replace amorphous silicon for display backplane applications. The current amorphous silicon technology is thirty years old and is losing its edge. If oxides work the way we think they are going to work, we hope to displace a big fraction of the industry. 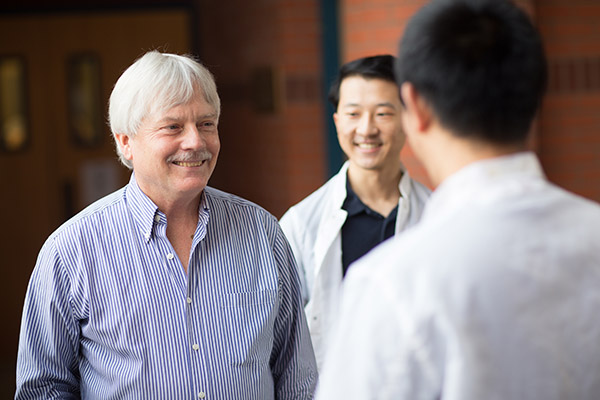 How big of a game-changer is this? Shall we coin the term “Oxide Valley”?

Well, it could become foundational to the $130 billion-a-year flat-panel display industry.

What are the some of the benefits of IGZO?

IGZO can provide brighter displays with higher resolution for computer monitors. Transistors made using IGZO consume much less power, so cell phone displays would need charging less frequently, instead of once a day. It’s why Apple was successful in manufacturing my 27-inch iMac with a 5K retina display. It has IGZO technology—14.7 million pixels in it. IGZO is also finding its way into tablets and cell phone displays.   Did you ever imagine things to progress as fast as they have?   We wrote the first book on transparent electronics in 2006 thinking it was at least twenty years out for transparent displays. It looks like they are now approaching commercialization. We may see a lot of this futuristic stuff—smart windows, power and touch applications—in the next four or five years. It’s moving much faster than we thought.

What companies are championing the IGZO for display applications?   Sharp is one of the biggest electronic company’s in Japan. They seem to be investing heavily on IGZO. They were the first company to manufacture IGZO, about two years ago. Just in the past three to four months, other companies are beginning to commercially manufacture displays using IGZO. Beyond IGZO, transparent electronics seems to have captured the imagination of many companies. For example, Samsung has conceptualized a smart window that operates a touchscreen computer, with electronic blinds that open and close at the touch of a finger.

Have you made any in-roads with the solar industry?

We are trying to develop inorganic thin film materials that have very strong solar absorption. We are targeting next-generation high-performance thin-film solar cell applications. This is the basic idea behind BEET, an early-stage OSU start-up company that we expect to be launched soon. 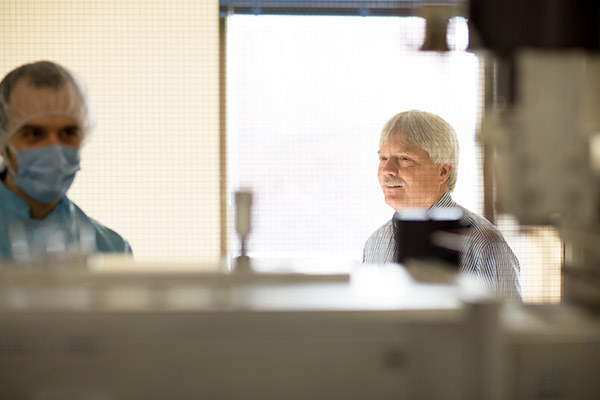 What advice do you have for burgeoning inventors?

For everything you’re going to try to do, you’re going to strike out—often. As one very creative chemist from IBM said to me (and he had the most patents of anybody at IBM), “You never have an experiment that fails, if you’re smart. Whatever result you get, think about what you can do with it.” He told me that many of his biggest failures in terms of experiments led to some of his best patents.

How does it feel to be a pioneer?

I pinch myself a lot. When I started my career, I figured if I ever saw anything I did go into production—even in a tiny way, but to actually buy an Apple product based on a technology that we had a seminal role in creating—I would never have imagined.