When Joshua Graner, a board-certified acupuncture and Chinese medicine practitioner, saw there were few options for military veterans to receive free alternative medical treatments in Southern Oregon, he decided to do something about it.

He contacted local acupuncturists, chiropractors, massage therapists, meditation counselors and other alternative practitioners, asking them to volunteer their services for four hours once a month. Volunteers lined up behind Graner and his foundation. “We have a pool of about seventy volunteers, and whenever it is time for an outreach, I send out an email and folks show up to help,” Graner said. The program often takes place in facilities on Southern Oregon University’s campus. 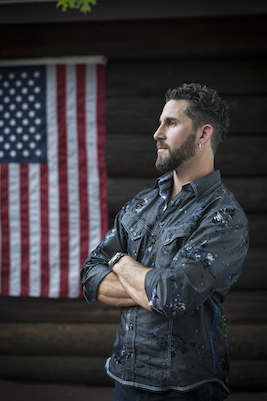 Graner, 38, a former combat field medic and instructor in combat medicine, said typical therapies that veterans are given through the U.S. Department of Veterans Affairs are opiate drugs for pain or psychiatric medicine. “Some people do well, but a vast majority don’t get better in the long term,” Graner said. “PTSD is not a disease. It is a natural response to an unhealthy situation, so it makes sense to have a natural remedy.”

Holistic medicine, said Graner, stems from folk medicine and has a rich history. “We have been slicing, dicing and blowing each other up for thousands of years. This medicine has grown up alongside our tendency for violent conflict,” he said.

Graner hasn’t had a problem recruiting volunteer practitioners. “A lot of us feel that medicine is really expensive, and we want the opportunity to simply be healers and not worry about the money,” he said. Each month, he and the other practitioners see between twenty and fifty people. “We break into teams of three or four, and spend twenty to thirty minutes each on a patient,” he said.

Jennifer Hall-Brooks, a military veteran herself, acts as the outreach coordinator, grant writer and facilitator for Courageous Hearts. She considers it the best job she’s ever had. “It’s amazing to be part of something so rewarding,” she said. Hall-Brooks recalls speaking with a veteran who had just received his first chiropractic treatment. “He told me that for the first time in twenty years he didn’t have pain. He said, ‘I finally have some hope.’”