As a vegetarian, in her Tillamook school full of farmers, Skyler Veek was considered the “weird one,” she said. “It’s always been, ‘Oh, there’s a hurt animal. Give it to Skyler.’” So it was no surprise to anyone when in 2009, Veek found a baby bull left for dead in a ditch, and took it home. Back then, Veek had no idea that her rescue would change her life and, consequently, turn the bull, christened Lucky Bear, into something of a community mascot. 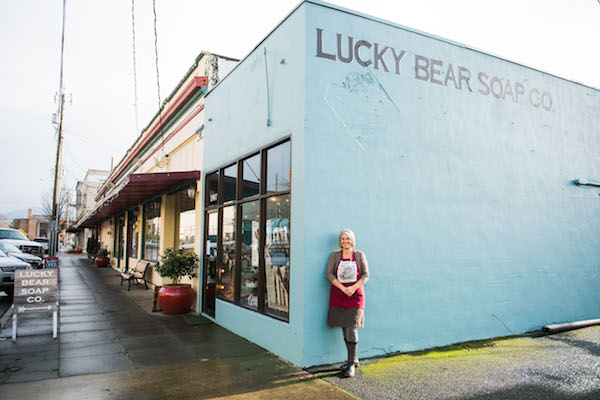 “He’s kind of getting famous,” Veek said. “People are always dropping off pumpkins and leftover vegetables. Little treats for a 1,500-pound animal really add up.”

Things add up in more ways than one. That was one of the first lessons Veek learned in her early days of caring for Lucky Bear. Bulls are expensive.

“I needed a fundraiser for Lucky,” she said. “I had to build a barn and fencing and that was a few thousand dollars. Just his food and bedding cost $300 a month during the winter.”

So Veek, who had been studying essential oils for over a decade and has a passion for art, combined her skills, learned to make soap and Lucky Bear Soap Co. was born. 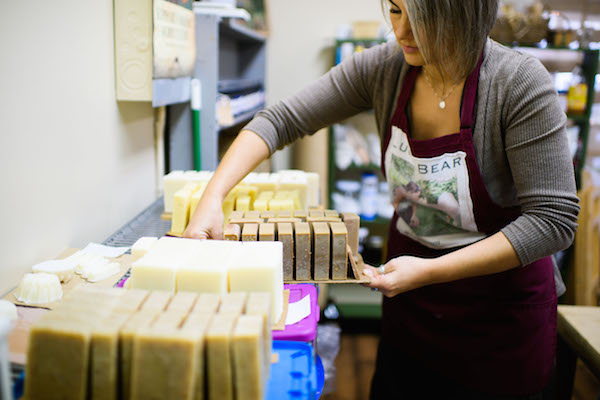 Today, Veek sells her soaps, massage oils, aromatherapy sprays and lotions from a storefront in downtown Tillamook. All of her products are free of synthetic preservatives, petroleum, parabens, silicone, fragrance oils, and plastic, and of course, there is no animal testing.

Her company was a Martha Stewart American Made nominee in 2013 and 2015, and most recently, Veek was nominated for the Small Business of the Year award by the Tillamook Area Chamber of Commerce. Her Etsy store has received more than 33,000 views from visitors in eighty-four countries, seven of which she’s shipped to. Her Lucky Bear Soap Manly Mint organic beard oil placed in the top ten in a contest sponsored by a magazine produced in Spain, and three years later, she’s still shipping beard oil to that country. 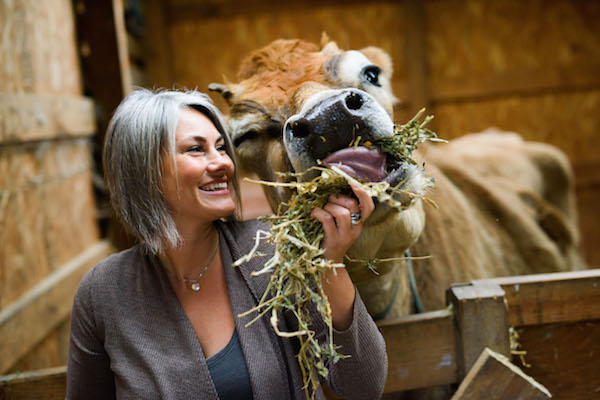 It’s no small feat for a mother of three who is essentially a company of one.

“I’m a one-woman-show,” said Veek. “I do it all—ordering, making, designing, cutting, wrapping, shipping. In the summer, my daughter works with me. She’s 12, and she’s amazing. And my mom comes in and makes soap about twice a week.”

Veek carries more than 100 different products in the small shop, which can be intimidating to first-time visitors, she said. That’s when Veek brings out the Lucky Bear story, which is also on the package of every bar of soap.

“People love the story,” said Veek. “As soon as I show the picture of Lucky, as soon as they hear the story, they say ‘Oh wow, I have a friend who would love this story.’ They can relate to rescuing an animal. Lucky is not an easy pet to care for. He could live to be 30 years old so we could be together a long time. It’s a lot of heavy lifting. But he’s a good education tool for kids, adults, and farmers, and he’s a blessing in my life.”