For many, the prospect of buying an abandoned farm would be daunting. But for Bill and Barbara Steele, finding such a property was the realization of a longstanding dream. In 2002, the couple decided to trade careers in the Bay Area financial sector for farm life in Oregon. After living as “backyard farmers” for decades, they just needed the right property to make the leap to a bigger plot. They found it outside Jacksonville, complete with a 1937 farmhouse on 117 acres. On their first visit, they were sold before even making it up the driveway. “Bill had me pull over to the side of the road where there was an old, broken-down cattle fence,” Barbara Steele said. “And he said, ‘This is it.’” 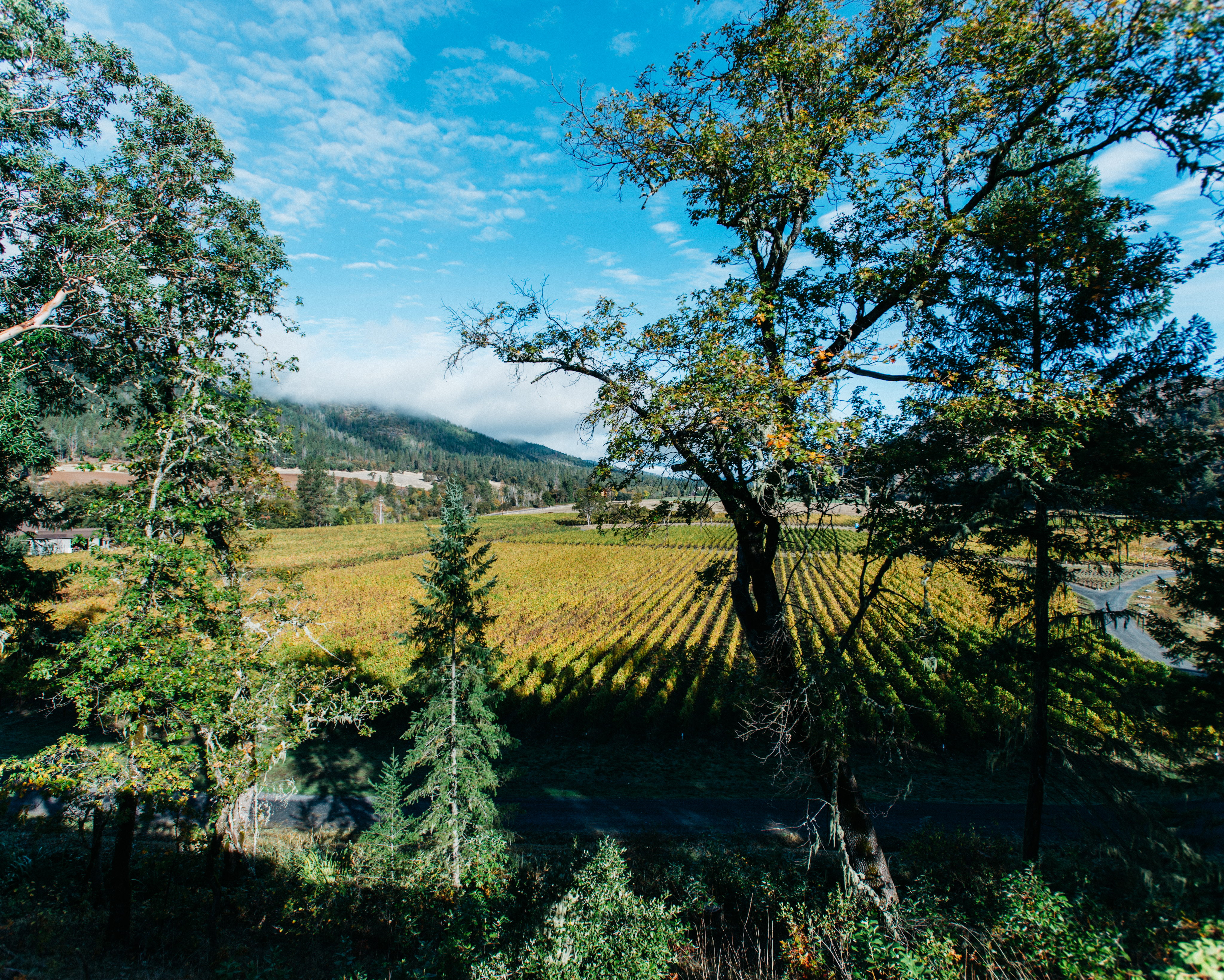 For two years, the couple cleared the land and improved the soil health. They wanted to certify the farm as biodynamic, “the gold standard of farming,” Steele said. Biodynamic agriculture is a holistic approach that eschews all herbicides, pesticides, and imported fertilizers, striving instead to turn the land into a self-supporting ecosystem that thrives with biodiversity. In 2005, the Steeles planted their first grapes, followed by asparagus, hazelnuts and cherries. Although they hadn’t planned to start a vineyard, the land proved ripe for it. “When the wine turned out to be the quality that it is, that took us in a different direction,” Steele said. In 2006, they introduced forty cases of their first biodynamic vintage under the Cowhorn Vineyard label, to rave reviews.

While the farm and vineyard grew successfully, their living situation was less ideal. For years, the couple and their four dogs crammed into the farmhouse’s 300-square-foot attic. Their administrative office was on the floor below, which meant constant reminders of the workday. “When you work where you live, sometimes you can’t shut off,” Steele said. By the summer of 2013, they decided it was time for a much-needed retreat.

In keeping with their farming practices, the couple wanted to build their new home in a sustainable way. They consulted with Stephen Aiguier, founder of Green Hammer, a Portland design-build outfit specializing in all forms of eco-building, and Eugene architect Jan Fillinger. “The most important thing for them was to live as lightly on the land as possible,” Aiguier said. “We told them that the largest impact a building has over its life is the energy usage.” Aiguier and Fillinger suggested the Steeles build a passive house, which appealed to the couple both for its extreme energy efficiency and its more intangible qualities. “We had been living in an office, with computer servers and printers and faxes and telephones,” Steele said. “Jan explained that a passive house is so efficient, and it doesn’t need a lot of the stuff that a regular house has, so it’s silent. That captivated me.” 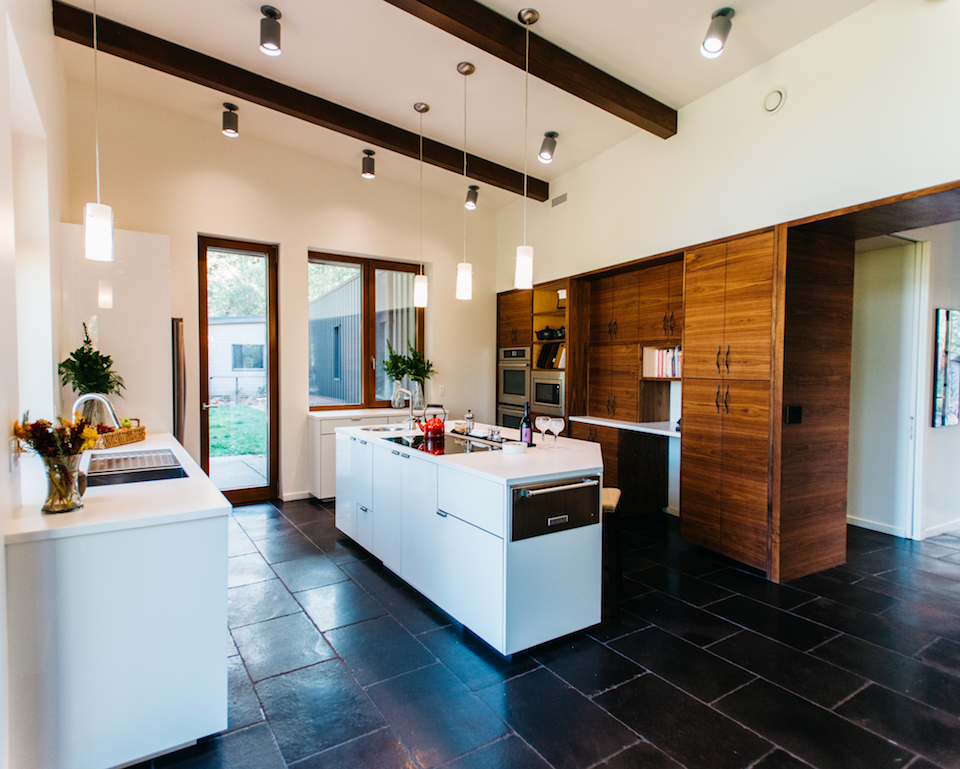 The passive house concept originated in Germany in the late 1980s and has only recently gained traction stateside. Nationally, there are around 112 single-family homes certified as passive houses—eight in Oregon—and three dozen more in pre-certification across the U.S. When comparing a conventional code-compliant home to a passive house, a useful analogy is a coffee maker versus a thermos. The machine requires a constant, active energy source to heat its brew, much like a typical home needs a furnace and air conditioner to control interior temperatures. In contrast, a thermos maintains temperatures passively via superior insulating properties, much like passive houses. “The beauty of (a) passive house is that you’re reducing the need for electricity so much because the building is so efficient that it hardly needs much more additional power,” Fillinger said. According to the Passive House Institute, a passive house consumes 86 percent less energy for heating compared to traditional construction. “Passive house is like Energy Star on steroids,” Aiguier said, referring to a national energy efficiency standard.

In order to achieve such savings, sealing the building envelope is crucial, as was the case for the Steele residence. While the ideal passive house is essentially a south-facing cube, Aiguier said, the Steele home is an elongated, single-level because the couple planned to age in place. The more stretched out a building gets, with an increase of wall area over floor area, the more potential for heat loss. 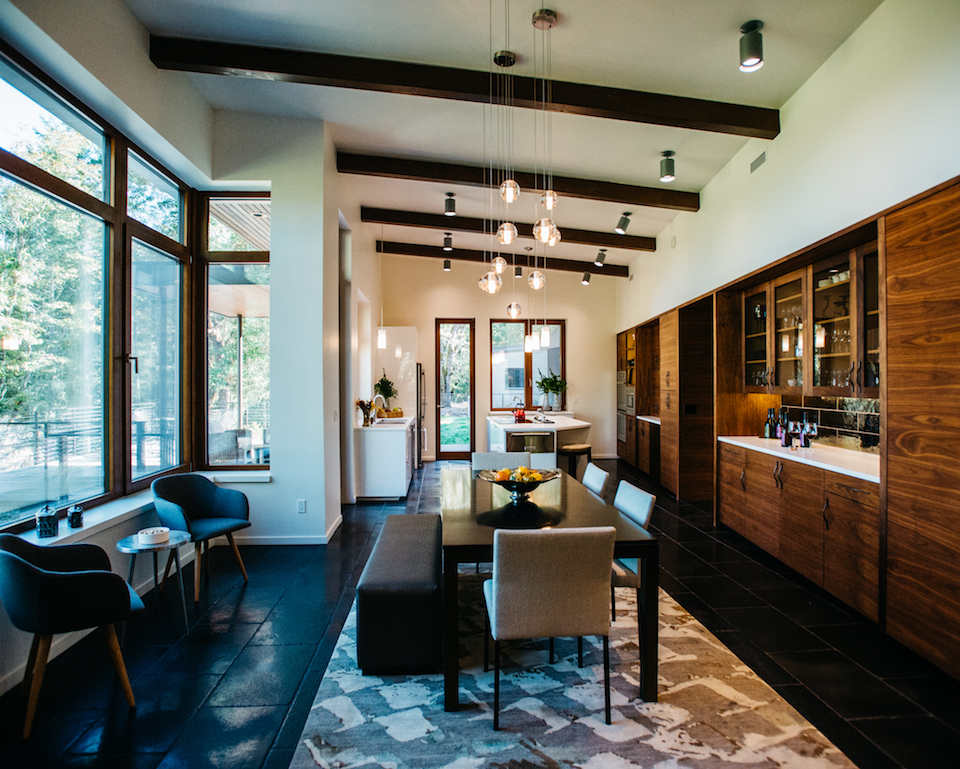 Still, the team found solutions. The super-insulated walls, floor, and ceiling are three to four times thicker than what’s seen in conventional buildings. Quadruple-paned windows, as opposed to single- or double-paned, preserve the airtight interior, while moderating heat gains from the sun. A heat recovery ventilation system sustains air quality via frequent exchange of filtered indoor and outdoor air, and keeps the home comfortable no matter the season. 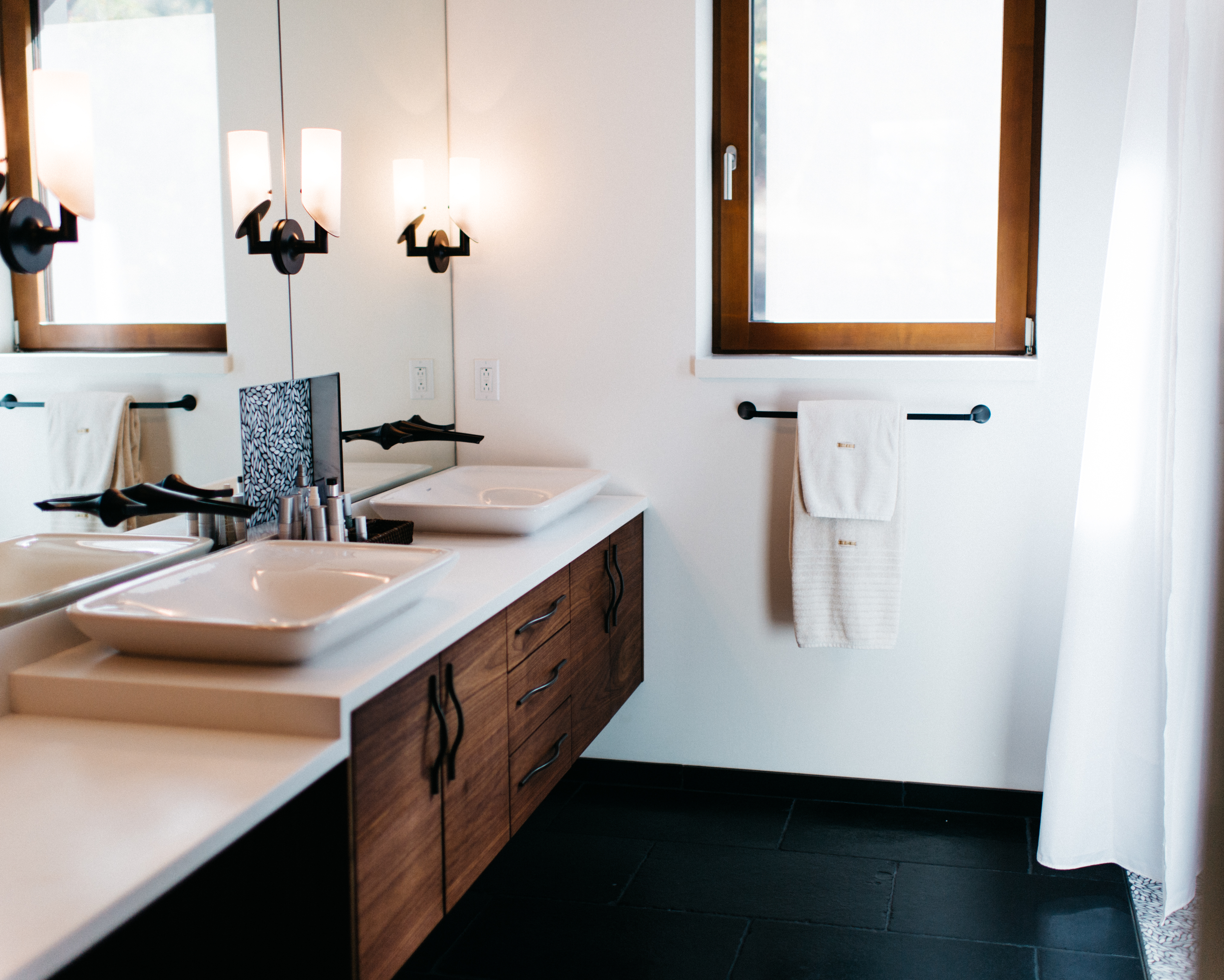 Regarding the house’s design, Fillinger’s brief from the work-harried couple was straightforward—separate the public spaces from the private zones. He clustered the kitchen, living, and dining rooms together as one great room, accented with a soaring vaulted ceiling and windows that frame vineyard views. A long corridor, the home’s “spine,” then links that area with the couple’s master suite. “That spine was symbolically important,” Fillinger said. “It really was the piece that tied the whole body of the house together.”

Cowhorn being a working farm, the house needed to stand up to the rigors of daily life. A utility room handles muddy boots, dirty clothes and wine-stained hands. Then Brienne Wasmer, interior designer at 2Yoke Design, selected finishes that were tough, as well as organic, in order to warm up the cool black and white palette. Large-scale black limestone flooring offers a tumbled texture underfoot, while white Corian counters deliver crisp contrast. Iridescent metallic tiles in the dining room lend a shimmering backdrop to display wines. Bespoke walnut cabinetry knits the entire tableau together. 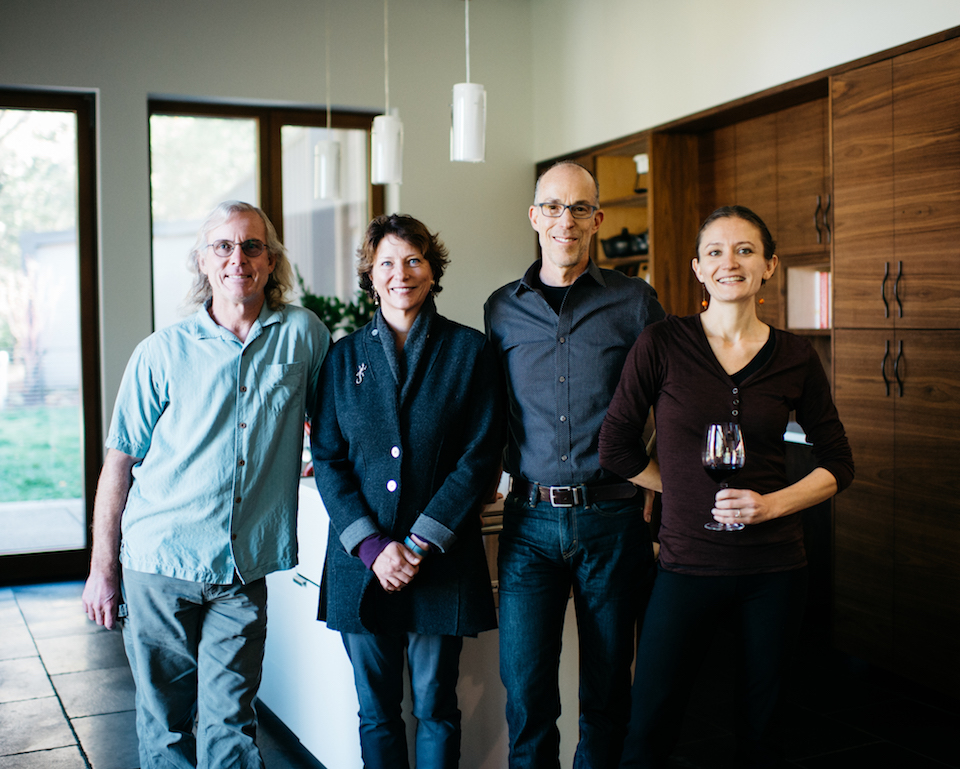 Today, the Steeles’ new home is far removed from their former office clatter. “When you close the doors in this house, you don’t hear any electricity. You hear nothing,” Steele said. Much to the couple’s delight, they now find themselves enjoying a different set of sounds. “When we open the windows at night, all we hear is nature,” she said. “It’s so peaceful either way.”