Imagine “drinkable landscape portraits” of your favorite forests, parks and lakes in Oregon. Would you taste thimbleberry on the Pacific Crest Trail in Ashland? Could you sip the cool blue of Crater Lake? What would the Wildwood Trail in Portland’s Forest Park taste like?

One man is bringing that very opportunity to beer enthusiasts across our state with Beers Made By Walking. Challenging local brewers to literally take a hike, Eric Steen connects brewers with local guides to explore regional areas, identify edible and medicinal plants along the trail, and then use the plants as inspiration for a new brew. The beers help raise money for various local, environmental, nonprofits. 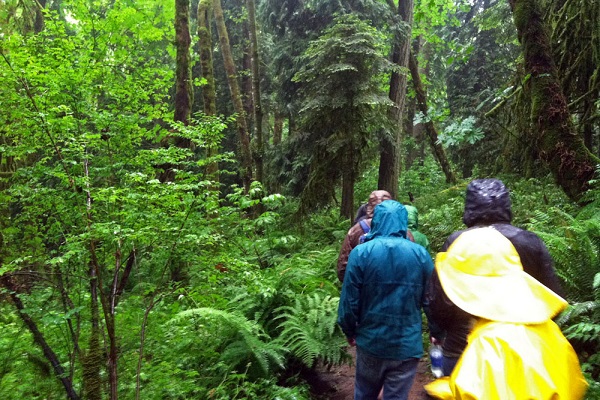 Organizing events on a situational and freelance basis, Steen started in 2008 with an Art & Beer event at the Portland Art Museum, where he invited Lucky Lab, Lompoc and Laurelwood Breweries to make beer inspired by artwork in the museum’s collection. “Right now,” says Steen, “I’m working with Widmer Brothers and the Portland Art Museum to find yeast and bacteria on paintings in the museum.”

The initial spark came when Steen, along with other artists, canoed down the Yukon River for an Environmental Education experience. There Steen learned about the Norwegian philosophy of “open air living,” or friluftsliv, a way of living where people make a habit of being outdoors on a regular basis. Steen elaborates, “There are friluftsliv conferences that host ‘walking lectures’ where attendees hike for a few days, stopping every now and again for a lecture and food.”

The concept for Beers Made By Walking was developed further while in Scotland. Steen was inspired by a visit to Williams Bros. Brewing where a lineup of historic Scottish beers used ingredients from the landscape—such as heather flower, gale, Scottish pine and seaweed. Also a student of the teachings and works of British artists such as Richard Long and Hamish Fulton, who use walking as a means of understanding and engaging the natural world around us, Steen’s love of art, nature, beer and other interests culminate with Beers Made By Walking. 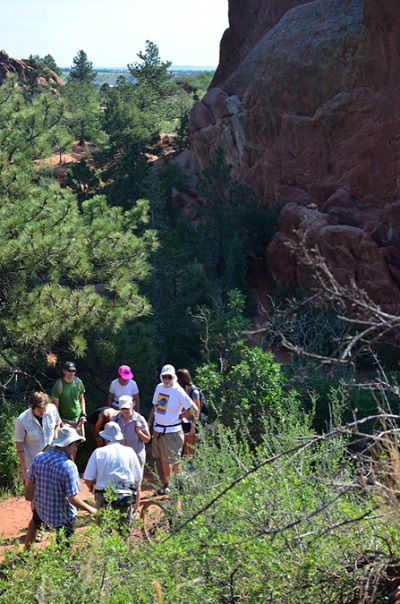 Steen says he wanted to engage the idea of friluftsliv at home, “to simply get people outside and to have various groups come together and find commonalities in interdisciplinary topics as seemingly diverse as botany, environmentalism, art, geography and beer making.”

Interesting combinations result from using hyper-locally sourced ingredients, says Steen. “The exciting thing is that they’re all extremely experimental. Some ingredients have not been tested [or there is] very little information about how to use them in beer.”

Not all of the forays with brewers result in successful, highly drinkable beers. “One year Standing Stone Brewing made a beer with Sweet Root, which had a very strong licorice flavor that also permeated the tap lines. Some people loved it, some people didn’t at all. But the next year, Standing Stone created a braggot-esque beer with wildflower honey, yarrow, and Saint John’s wort, and it was killer.” Steen describes a beer with Echinacea, dandelion, chokecherry, and milk thistle, “Conceptually it was beautiful, a beer that would make you super healthy and even prevent hangovers!” (This claim is not confirmed scientifically, of course.) 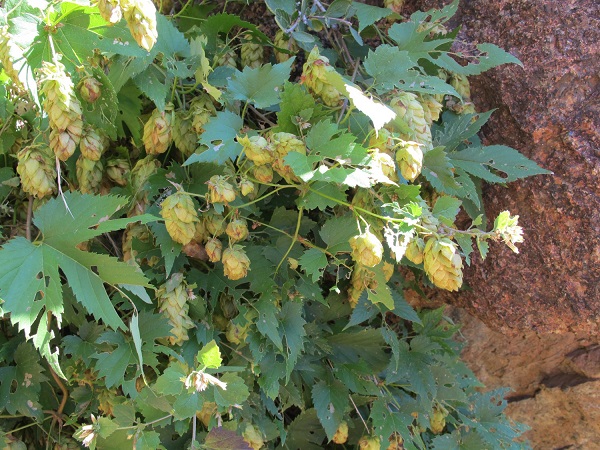 Not all of the beers are bizarre. Sour mash chokecherry beers from Paradox Beer and Pikes Peak Brewing Co. (brewed by local home brewer Scott Simmons), Deschutes’ Sage and Juniper IPA, Coalition’s Salmonberry and Stinging Nettle beer and Laurelwood’s Cedar Steam beer are among those Steen lists as the most popular successes from his Beer Made By Walking program.

Steen is nothing if not enthusiastic, encouraging new combinations and collaborations, experimenting with wild yeast harvested from second and old growth forests. As the program develops, he hopes to make beer inspired by state and national forests, city parks and watershed groups. Steen enjoys his role as an agent of change, helping breweries become greater innovators in environmentalism and act as responsible stewards of the water and agricultural resources used in brewing. “Beer provides an opportunity to look locally and build a sense of place, to rethink how we participate in an economy. Making greater commitments to help our environment is absolutely necessary.” 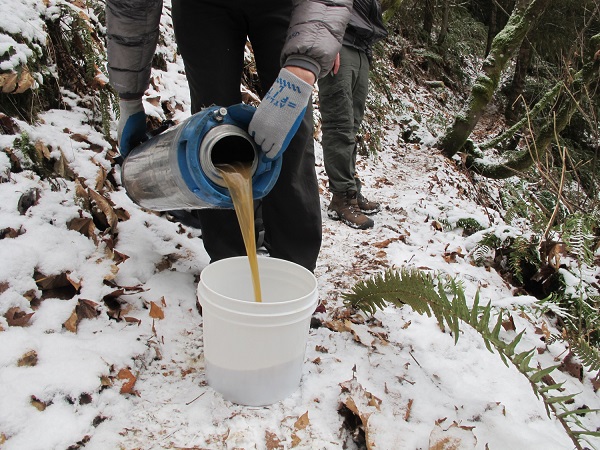 Steen contemplates how the recreational and relaxing benefits of slowing down and having a beer can have positive effects on a world that is moving ever more quickly. “I am interested in the way that the entire concept and production of beer is meant to bring people together. So for me, beer is one good way that people can detach themselves from work, develop a new idea, build new friends and keep old friends close. I think beer can also help us look at our local landscape in new ways.” Indeed, Steen concludes, “I think part of slowing down has something to do with knowing more about the place where you live. I love it here, and I love the West Coast. It’s the only place that feels like home.” 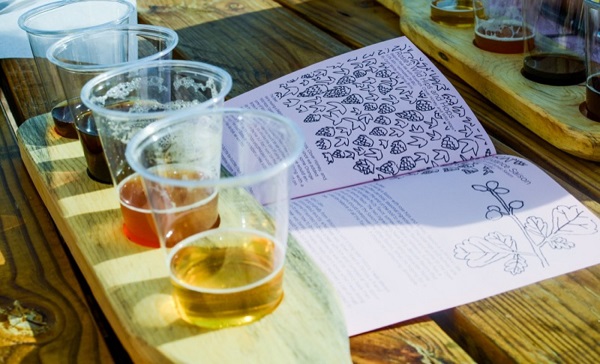 For more information on Beers Made By Walking, visit beersmadebywalking.com