Our nation’s top environmental scientist will never forget his first glimpse of Oregon. “I never saw so much green!” recalled Dr. Rick Spinrad.

The New York City native and Johns Hopkins University undergrad promptly moved to Oregon. He earned his doctorate in oceanography at Oregon State University, and served seven years at the National Oceanic and Atmospheric Administration (NOAA) before returning to Corvallis to become the university’s vice president for research, overseeing its quarter-billion-dollar research enterprise.

You say your friends have referred you to a psychiatrist for leaving Oregon. Why go?

Let’s see, I’m taking a huge pay cut and moving out of Oregon during the most beautiful time of the year to serve a president in the last half of his final term. The answer is that this is a really important job, at a critical time for our planet, and if the president believes I can help, I am honored and obligated to serve. 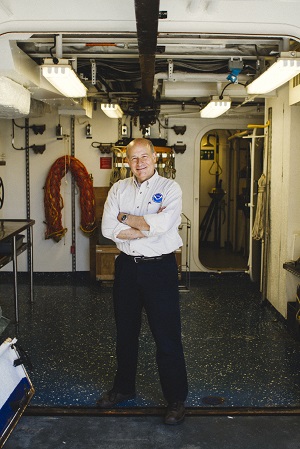 What do you see as the top goals for NOAA?

Improving our ability to monitor the ocean and atmosphere are critical agenda items. We need to increase ocean sensoring equipment, including the next generation of environmental satellites. We also need to deploy new technologies for weather observations. NOAA’s vision focuses on healthy ecosystems, communities and economies that are resilient in the face of change. One of the ingredients I’d like to bring to the table is how to incorporate new science and technology from other leading research communities such as biomedicine, engineering and informatics.

How is this climate discussion specific to Oregon?

Oregon has always been one of our nation’s environmental leaders. Our population gets it. We were the first to have a bottle bill. Governor McCall helped make all of our coast public property. Early on, we understood that the natural resource basis of our economy (think forestry, agriculture and fisheries) was only as good as its sustainability. 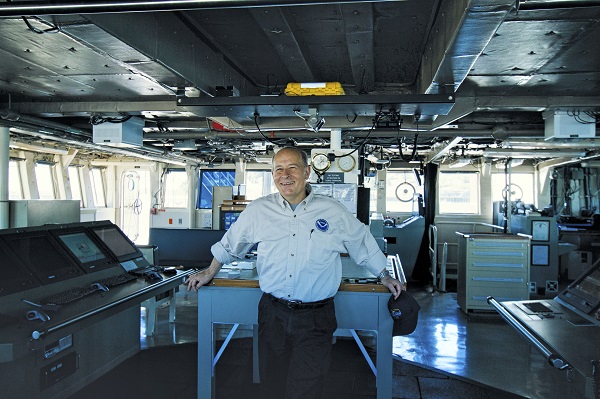 Consequently, the impacts of climate change—when manifested as increased drought—changes in average temperature, changes in snow pack, increases in ocean acidification, are already being felt in our economy. By one measure, climate change impacts are causing the Oregon forests to migrate north at a rate of nearly one kilometer per year. The success of the Oregon wine industry, and especially our world-renowned pinot noir, was based on soil and precipitation modes that are now changing. What grapes should vineyard owners plant now in preparation for the climate we expect in 2040? If snow pack is reduced by X percent in the next three decades, what will that mean for wheat production in Eastern Oregon? Oregon hatcheries provide the majority of stock for the West Coast oyster farming industry. Can we continue to mitigate increasing ocean acidification, or will whole new species of oysters need to be cultivated?

You’re serving during a lame-duck presidency and ever-increasing political polarization in Congress. How are you going to get things done?

I’m an optimist at heart and a realist by nature. Yes, Congress is highly polarized. Yes, funding is harder and harder to increase. By the same token, I’m encouraged that many of the important environmental issues that NOAA deals with are getting increasing attention from influential people and organizations. In the past five years, we’ve seen people like Wendy Schmidt, Paul Allen, and James Cameron speak and act on ocean issues. With devastating impacts of hurricanes and tsunamis, groups like the reinsurance industry have argued for improved products and services. It is these outside groups and on-the-ground factions that will help make effective arguments for Congress to act.