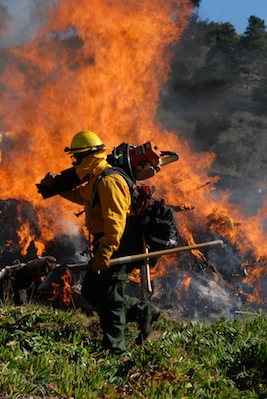 IMAGINE FACING an uncontrolled wall of flames during a wildland fire, or being a first responder on an accident scene. Those are uncomfortable scenarios, but add in too-tight pants or a broken jacket zipper, and the gear failure distractions could potentially be life threatening.

“When you’re trying to do a tough job, you don’t want to rely on crappy gear,” said Ryan Davidson, national sales manager for CrewBoss, a Eugene-based company that manufactures rugged gear for firefighters and first responders. CrewBoss materials are made from high-tech, flame-resistant fabrics. “We can’t ever put out anything that’s ‘meh,’ because our sewers aren’t just making a blue pant, they’re making a safety garment that some man or woman is going to wear that their life could depend on.”

CrewBoss, open since 1988, is a division of Western Shelter Systems, another Eugene-based business that builds easy-to-deploy shelters and field gear for medical and military teams. CrewBoss has multimillion dollar contracts supplying gear for the U.S. Forest Service, as well as many fire districts in the West Coast states and beyond. This year is on track to be the biggest sales year for CrewBoss ever, said Davidson. 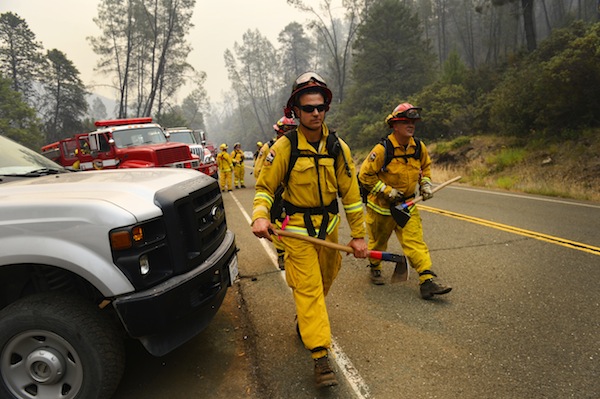 Orders for garments and gear, such as backpacks, are designed, cut and sewn right on CrewBoss’s 88,000-square-foot production floor by more than 100 employees and sixty sewers. Each item is thoroughly examined by the quality control department to check buttons, zippers and sizes.

Davidson, 36, has fought fires in the past and worn CrewBoss in the field. “When you wear your own gear in a fire, you know how good it really is,” he said. While he is wary of guessing, he predicts that 2015 will be a harsh fire year. “Because of the lack of snow we had this season, the outlook for the year looks potentially extreme. All you need is one dry lightning storm to touch down in numerous places, and there’re just not enough resources to chase that many strikes.”

There are websites that update fire conditions across the country, and Davidson monitors them, constantly calculating how much fabric and other raw material the production floor will need as orders come in and crews head out. This includes ensuring that the material vendors have sufficient stock. “Our ears are to the ground with our customers so when the order comes in, it’s already forecasted and we have what we need to make it quickly,” said Davidson. “That’s the name of the game … make it quickly so they get what they need when they need it. Mother Nature is not going to wait.”