After turning 50 and working in the shoe industry for eighteen years, John Tawney learned that his 19-year-old daughter had cancer. When she was halfway through her chemotherapy treatments, he thought, “Was this it? Selling shoes—is this what life was all about?”

He sat down that night and figured out what he wanted from life and a career. He wanted to make a difference. He had a passion for consumer products. He wanted to challenge himself to do something new, and he wanted to work with great people. The umbrella motivation was to spread empathy, to start conversations that would establish common ground, encourage people to stand for progress and walk in someone else’s shoes. The metaphors kept pouring in, and the next move was obvious.

In November 2015, Common Ground Footwear launched with four designs based on social issues: gender equality, immigration, gun violence and marriage equality. Tawney and his wife started with a white board, listing the social issues they cared about. Prison reform, literacy and LGBTQ rights were among many that made the list. They settled on four that could be easily humanized and incite conversation.

In his fifteen years at Nike, Tawney worked on innovation projects and met doubts along the way. When he co-founded NIKEiD in 1999, it was well before the world was inundated by social media and the web. No one believed that customers would go online to customize their shoes. The platform has since been one of Nike’s most successful. More than ten years later, he’s driven by the same tenacity but without the backing of a large corporation.

“When you’re a startup, you immediately discover all sorts of things that need your attention,” Tawney said. “Things that you didn’t even know were needed.” He soon realized how many puzzle pieces it takes to run a business: logistics, PR, product photography, survey writing, product-testing teams, someone who is in charge of barcodes, transportation needs and so on. 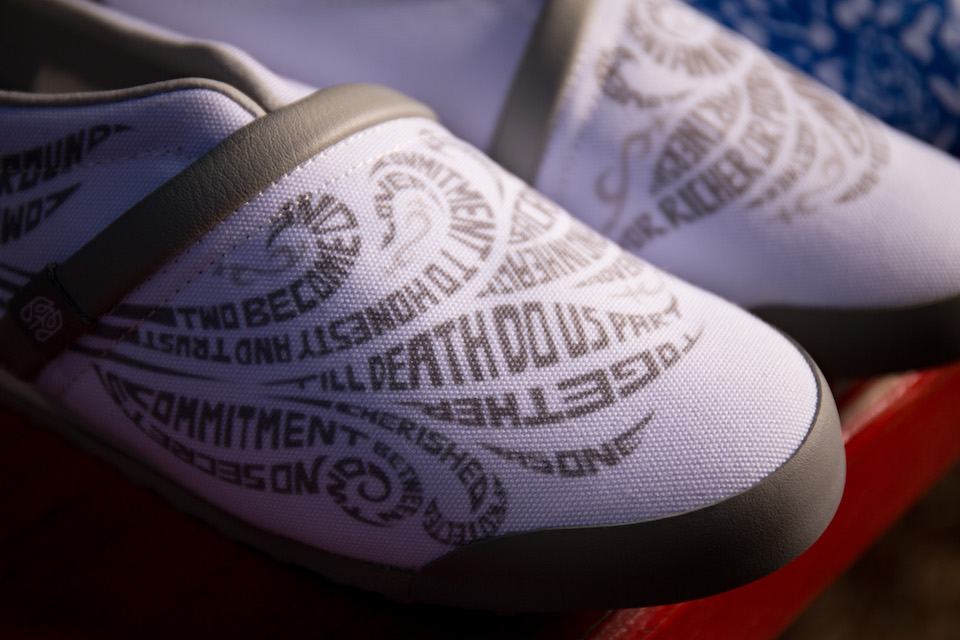 Starting out, Tawney had a leg—or a foot—up with his connections in Portland’s footwear industry. He reached out to freelance designers, a brand marketing group, product development teams and material suppliers he knew in the community. He recruited younger people to help with social media.

From his experience at Nike and KEEN, Tawney understood the importance of solid branding, so everything about the Common Ground brand is intentional down to the smallest detail. The logo is two feet, a vine (“to signal that we’re in this together”) and an arrow moving forward. The messaging throughout the Common Ground website and marketing materials echo the company motto: “Stand for Progress.” The package materials include a thank you note for stepping up.

“Our belief is that if we’re going to make lasting social change that it really comes down to us and our ability to have the difficult conversations and to put the time in,”  Tawney said. 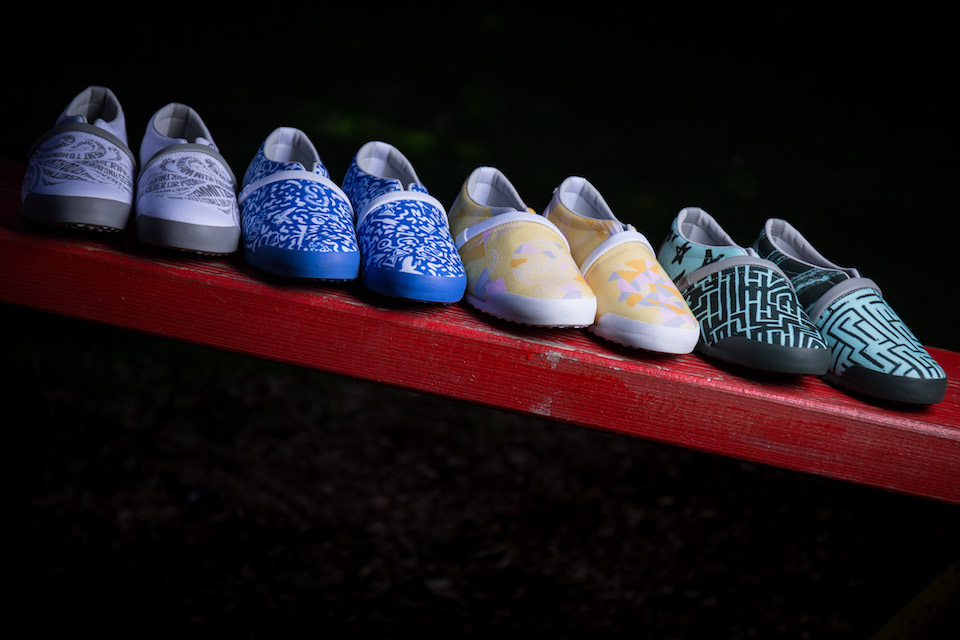 A central focus to the design is taking two sides of an issue and putting them on different feet. Take the immigration design—one foot has a maze that, no matter which way you turn, you get through it. The other foot has a maze with no way out. Both incorporate stars and stripes.

The gun violence-inspired theme includes symbols of family on both feet, along with data symbols. “If you talk to anybody on either side, they’ll pull out all of their statistics, and pretty soon you don’t know which way is up or down,” Tawney said.

The goal for Common Ground Footwear is not to make sweeping generalizations about these issues or express one perspective but to start a conversation. The hope is that with the distinctive shape of the shoe and the designs, someone will ask, “Hey, what’s up with your shoes?” he said. 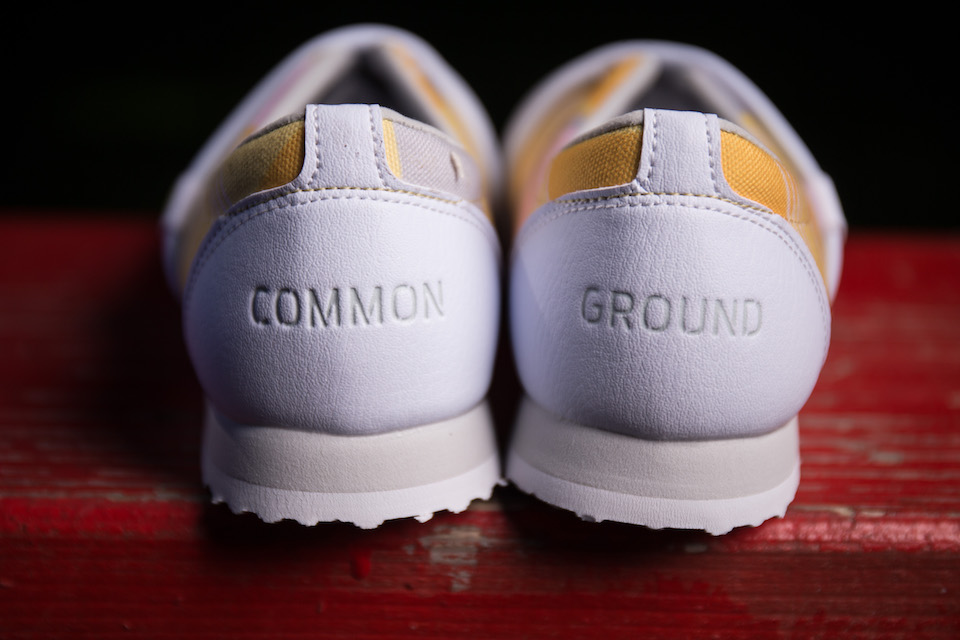 Tawney consistently asks himself the questions facing most small business owners: Are we on the right path? Can we truly make a difference? “If it were a slam dunk, everyone would be doing it,” he said. Whatever happens to the business, he sees it as a fun and challenging education.

“I don’t want to use the Nike line, but …” he started. Just do it? “Yeah, I actually believe that … It may sound very idealistic, but I hope and I believe our shoes may have the potential to open some minds and start some conversation—and just maybe change the world a little bit.”