When comparing Oregon and Oklahoma, the latter often loses out. Oklahoma is bare, flat, boring compared to Oregon. Yet, Oklahoma has a superior population of jumping spiders—a family of spiders with enlarged, almost “Pixar-esque” eyes, according to Thomas Shahan. Shahan, who grew up in Tulsa, Oklahoma, and moved to Salem three years ago, appreciates Oregon’s mountains and the coast, but he misses Oklahoma’s arthropod diversity. 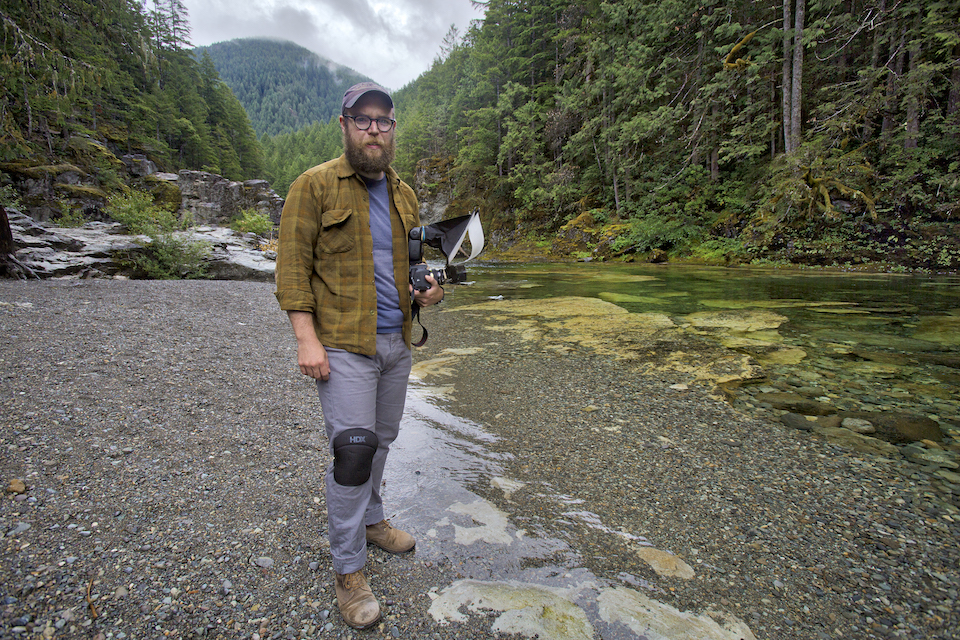 Shahan’s favorite jumping spider, his holy grail species, is the Phidippus mystaceus, known to the laymen as the Mustache Jumper. The males have bright orange legs, metallic green eyes, blue fangs, black and white markings and large, black horns. “It sort of looks like a devil mixed with a crab mixed with an alien. You can’t imagine that anything this weird exists on earth,” Shahan said. He considers it the most beautiful spider he’s ever seen and found it in Norman, Oklahoma, where he went to college. “It’s kind of an underappreciated state—people make fun of it, people don’t understand—but I think it has the most beautiful life on earth. You just have to be looking for it.”

If you get Shahan talking about bugs, which is easy to do, you would be surprised to know he’s not actually a scientist. He’s an artist with a degree in printmaking whose interest in jumping spiders led to a hobby in bug macro photography, which led to a job as the digital imaging specialist for the Oregon Department of Agriculture.

It all started about ten years ago in his parents’ backyard in Tulsa. He was 17 and had taken up buying and selling vintage guitars. Through his dealings on eBay, he bought a digital SLR and started taking photos, and to keep things cheap, he bought manual lenses. One day, he put a 50mm prime lens on backwards and found that he could fill the frame with his thumbnail. It was like looking through a color microscope. 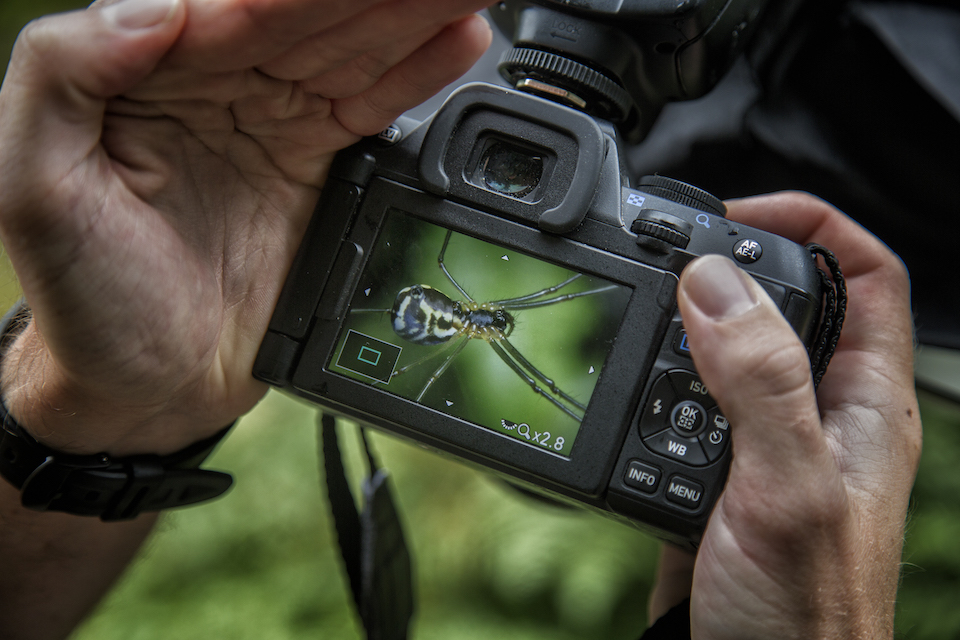 “It’s pretty quick you discover that nothing man-made can really be that detailed or that beautiful up close,” Shahan said. So he looked to bugs, and that’s when he saw the jumping spider on his parents’ back deck. He was dazzled by the ornately colored, fluffy creatures.

“That’s how it all started. It was all jumping spiders, and it quickly led to a personal quest to introduce as many people to as many spiders as possible,” Shahan said. “Even in your own backyard, it’s like another planet—things you physically cannot see with your eyes.”

After posting some of his photos online, he realized that many people were surprised by the beauty of the spiders. The average person, as it turns out, doesn’t see arthropods and insects as particularly beautiful—creepy, gross or downright scary are generally the adjectives used. “I kind of want to make glamour shots of them, make them as pretty as possible,” Shahan said. “They need some good PR.” 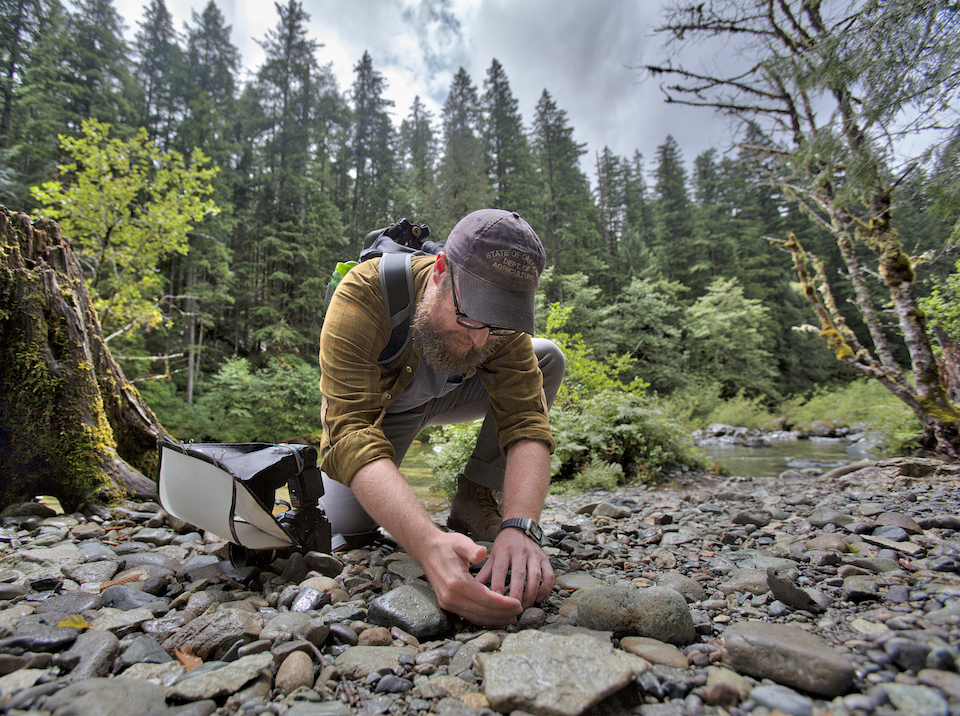 More people responded to his photos, and soon Today called, asking him to appear on the show. He also published some of his photos in National Geographic and now leads macro-photography workshops in the United States and South America with entomologists.

When he applied for the job with the Inspect Pest Prevention and Management department at the state, he made it clear he wasn’t a scientist, but it hired him anyway. His job involves making macro images of bugs that are sent to his department, so scientists can determine if they are invasive species coming off a shipment from abroad or if they’re native to the area. The defining characteristic may be the shape of the antennal club on a bark beetle that is smaller than one millimeter. Shahan uses a technique called focus stacking that combines up to 200 shots to compose one image that’s entirely in focus.

“So we can essentially approach the levels of magnification you’d see in a scanning electron microscope,” Shahan explained, “but the benefits of optical light photography—stacking them in this way—let’s say it’s iridescent blue, you can see that it’s iridescent, beautiful metallic blue,” as opposed to black and white, opaque images typically seen with a scanning electron microscope. 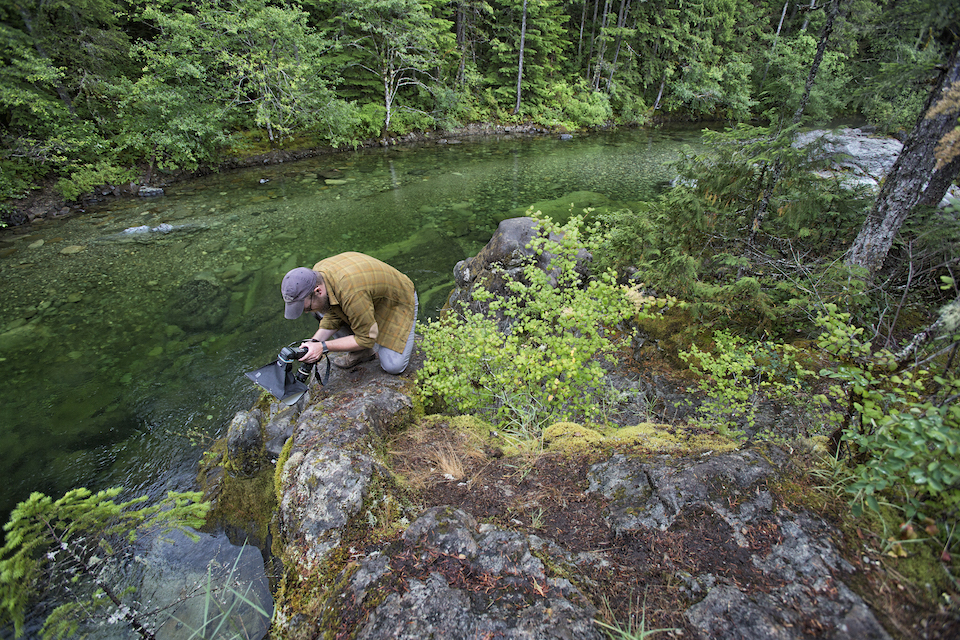 Shahan’s artistic interests reflect his fascination with the intricate beauty of bugs. He makes woodcuts, carving fine lines of varying thickness to bring detail and depth to his prints. “I like things that are small, and I like the intricacy and the restrictive qualities of it,” he said.

When he was in college studying printmaking, he spent time outside of the studio by the river, chasing spiders and flies. He didn’t have a job, a car or responsibilities. “I didn’t have anything,” Shahan said. “I slept on an air bed, I didn’t have a pillow, but I had flies. Why would you need anything else?”