The show, which opened on June 4 and runs through September 4, was organized by the Peabody Essex Museum in Salem, Massachusetts and brought it to PAM, with the help of Deana Dartt, PAM’s curator of Native American Art.  The exhibit features more than one hundred works spanning the past sixty years and aims to break the mythology that Native fashions are static. 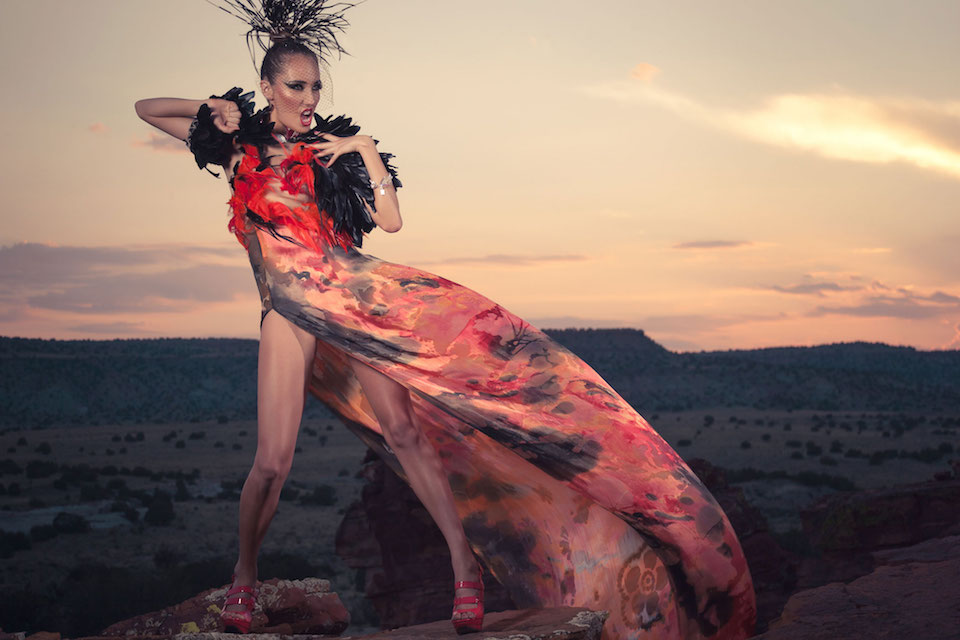 At the entrance, visitors are greeted with a dynamic, multimedia presentation featuring runway beats and a recent Project Runway ensemble by Patricia Michaels, from the Taos Pueblo settlement of Pueblo Indians in Taos, New Mexico. Her colorful handmade parasols cascade from the ceiling, too. The exhibit highlights contemporary Native artists’ designs, from haute couture and high-end accessories to T-shirts sporting bold political and cultural statements.

“It shows the whole spectrum of contemporary Native art aside from fashion, but it explores the really traditional sort of customary community, grounded aesthetic and practice all the way through to something that people wouldn’t recognize as Native American art,” Dartt said. “It’s important to bust those expectations, to provide people with a reference point, but then really blow apart those stereotypes.”

Brian Jim of Beaverton, a PAM member touring the exhibition for the second time, agreed that the show offers audiences a unique and expansive experience. He said he most enjoyed the mix of “cultural icons and futuristic pieces” as well as the eclectic and vibrant men’s fashions.

“I was surprised by the diversity and contemporary nature of many of the designs,” Jim said. 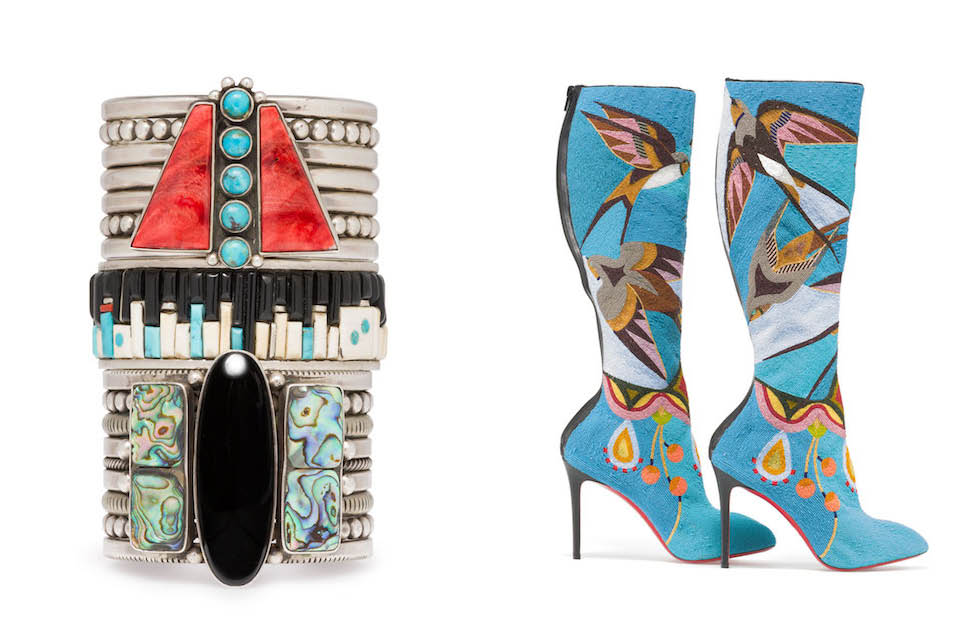 Karen Kramer, curator of Native American Art and Culture for Peabody, said that this exhibition and the last large show she curated for Peabody (“Shapeshifting: Transformations in Native American Art”) both dismantled pre-existing notions about Native American art and culture. “What I’ve learned is to start where people are at, and if you have a better understanding of where their point of departure is, you can really move them,” Kramer said.

The show’s galleries are organized into four segments, including Pathbreakers, Revisitors, Activators and Provocateurs, along with a Pacific Northwest addition called Motivators. 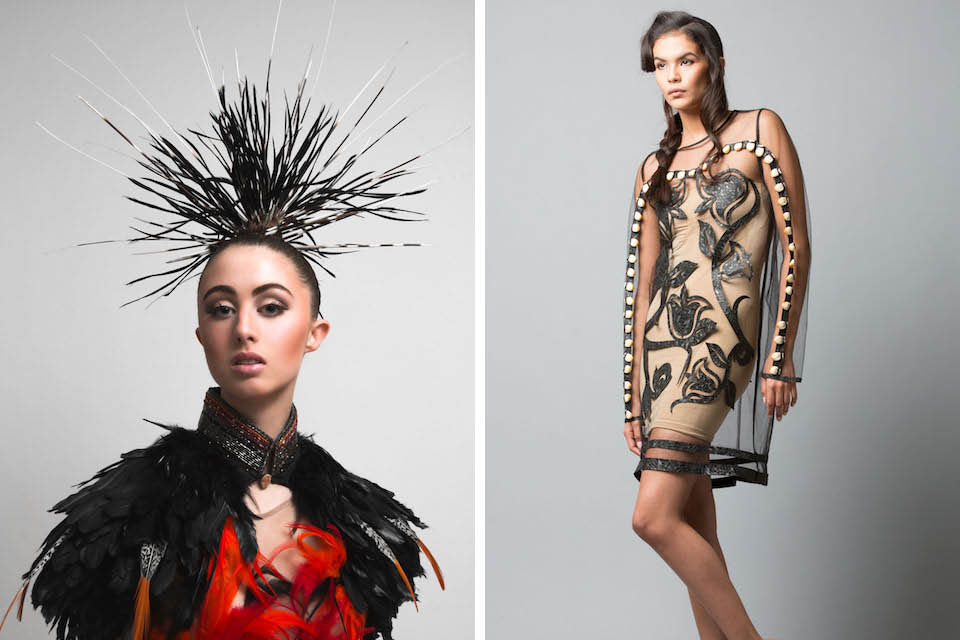 The Motivators add-on includes work by Seattle artist Louie Gong (Nooksack), owner and founder of Eighth Generation and Nike’s N7, a Native-designed sportswear line. Eighth Generation is the first Native-owned and operated company to offer wool blankets and will open its first storefront location in July at Pike’s Place Market in Seattle.

“Through the exhibit, people learn that an art-focused, Native-owned micro business set its sights on the most ambitious of goals and executes it with funds raised mostly through community work,” Gong said. “What could be more inspiring or more engaging? I’ve been overwhelmed by virtual hugs and fist bumps.”

For Dartt, one of the most exciting aspects of the exhibition is the reaction of artists. “There’s a buzz among artists, even those who aren’t in the show, who are talking about Portland as a really viable center for contemporary Native American art,” she said. “And if that happens, our mainstream audience is bound to get excited.”

When: Through September 4 in Portland. Upcoming showings at the Oklahoma Philbrook Museum of Art in Tulsa and the Smithsonian Institution’s National Museum of the American Indian in New York.

For more information, go to portlandartmuseum.org

Jessica Metcalfe, Ph.D. (Turtle Mountain Chippewa) and author of Beyond Buckskin, will share highlights on historical aspects of Native American adornment as well as contemporary Native fashion, including issues around Native design appropriation by the mainstream fashion industry. The talk is a special presentation in conjunction with “Native Fashion Now.”