written by Carrie Wynkoop of Cellar 503 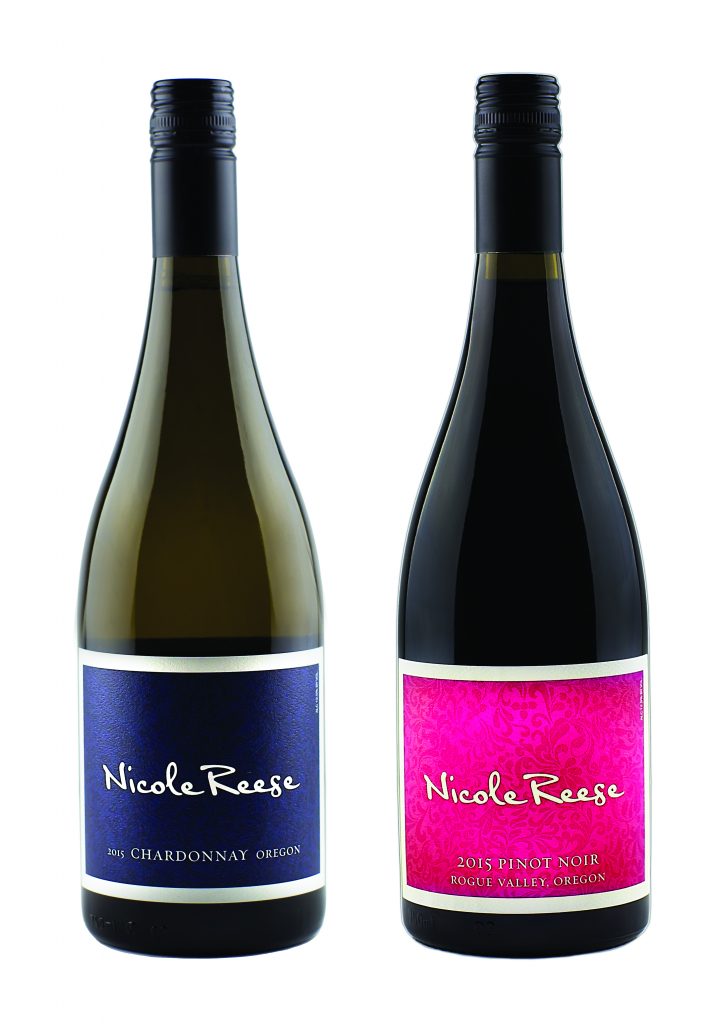 NICOLE REESE. Nicole Reese. I kept hearing rumors of this
amazing new winemaker in Southern Oregon who had won a
silver medal at the San Francisco Chronicle Wine Competition
with her first wine. But I couldn’t find her anywhere.
Surprise! Nicole Reese doesn’t exist. At least, not outside of
the bottle. Winemaker Elisabeth Grunwald named her wines
after her children—Sierra Nicole and Braedon Reese.
Once I tracked down a bottle, I learned that Nicole Reese Wines
may be a new venture, but Grunwald has been working as
an assistant winemaker for custom crush powerhouse Linda
Donovan for years. Donovan and Grunwald produce many of
Southern Oregon’s most-coveted wines.
Of course, by the time I found her, her award-winning first
vintage had sold out. Even worse, she hadn’t produced a second
vintage, unsure whether the first would be well received.
Finally, Nicole Reese Wine is back—and it’s so, so good. She
continues to work with Donovan at Pallet Wine Company and
wine bar Urban Cork, but we’re thrilled she has an outlet for her
personal passion projects.
The 1859 Wine Club will feature the Nicole Reese 2015
Pinot Noir.

Did you like this article? We think you’ll love this one, too!