Come August, what’s more pressing than the need to unwind with a cool drink and enjoy the summer idle? These smart backyard remodels show us how to create outdoor living spaces that are ready for the season’s laziest days.

Shortly after moving into her contemporary American Craftsman style home in the Garden Home neighborhood in 2011, JJ Turner started noticing problems with the backyard.

The house is situated on a slope, so water drained onto her lot and pooled behind the back door. During the house’s construction in 2010, the builder installed boulders to hold the slope but the rocks monopolized the narrow footprint. Clay soil neither absorbed runoff nor allowed plants to thrive. Not only that, windows along the back of the house overlooked the whole soggy tableau. “We were staring at an ugly backyard,” Turner said. She began searching online for remodel inspiration and found Portland garden designer Darcy Daniels of Bloomtown Gardens. At their first meeting, Turner knew her old yard had met its match. “Where I saw challenge,” Turner said, “Darcy saw potential.”

To start, Daniels suggested a clever new layout. “This garden, as it’s designed, is about adapting to the changes in grade in this narrow space, and doing so in a more artful way,” Daniels said. She suggested replacing the boulders with thinner steel and concrete walls, which retain the grade without hogging space, and incorporating an improved drainage system.

Thanks to a smooth install from Tryon Creek Landscape, a dining area now graces the yard’s uppermost corner. Concrete steps and silver TimberTech decking lead to a lower living room, defined by a paver patio, comfortable furniture and modern fire pit from Bentintoshape. Lush plantings soften the perimeter, chosen for their color palette and adaptability to the difficult Northern light. Daniels also centered a sleek water feature on the living room window to create a focal point that can be appreciated from indoors.

The overhaul transformed a dark, uninviting and sodden yard into a destination for relaxing, entertaining and hanging out. “Before, we couldn’t do anything with it,” Turner said. “Now, we love having people over and just being out there.” 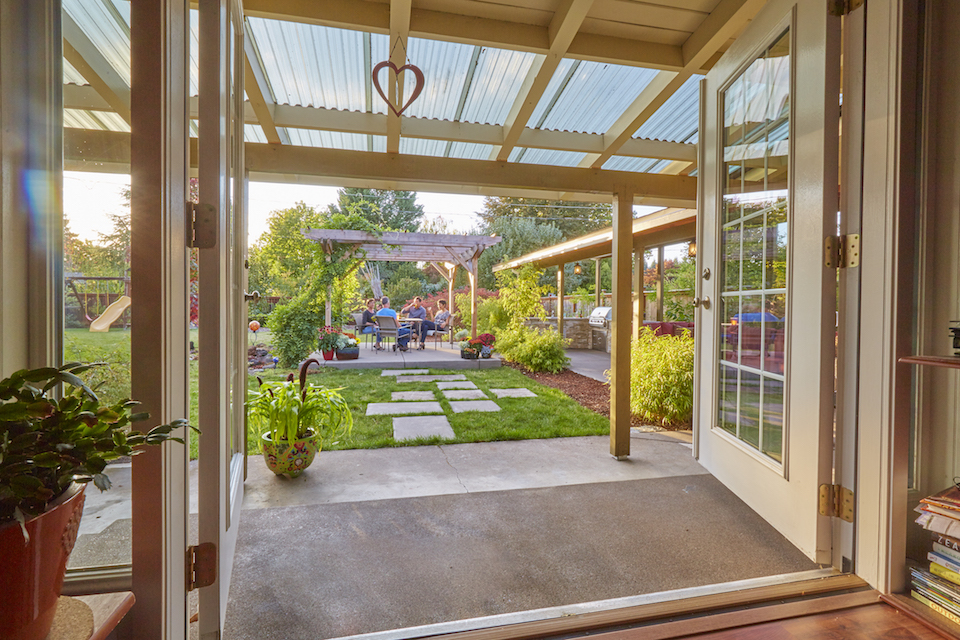 It’s not every house that comes with its very own blueberry grove. That was the bounty Jeremy Block inherited in 2008, when he and wife, Shari, bought their 1960s ranch in Eugene’s River Road neighborhood. The decades-old copse comprised nine plants total, producing roughly 200 gallons of fruit every season. Yet when the couple moved in, the shrubs were hidden from sight by a large, decrepit shed. That shed, along with a large swath of planting bed, divided the backyard into small, inaccessible sections. “It really didn’t flow very well,” Block said.

After six years of living with the fragmentation, the couple was ready for a refresh, for which they enlisted landscape designer Lytton Reid of Rainbow Valley Design & Construction. 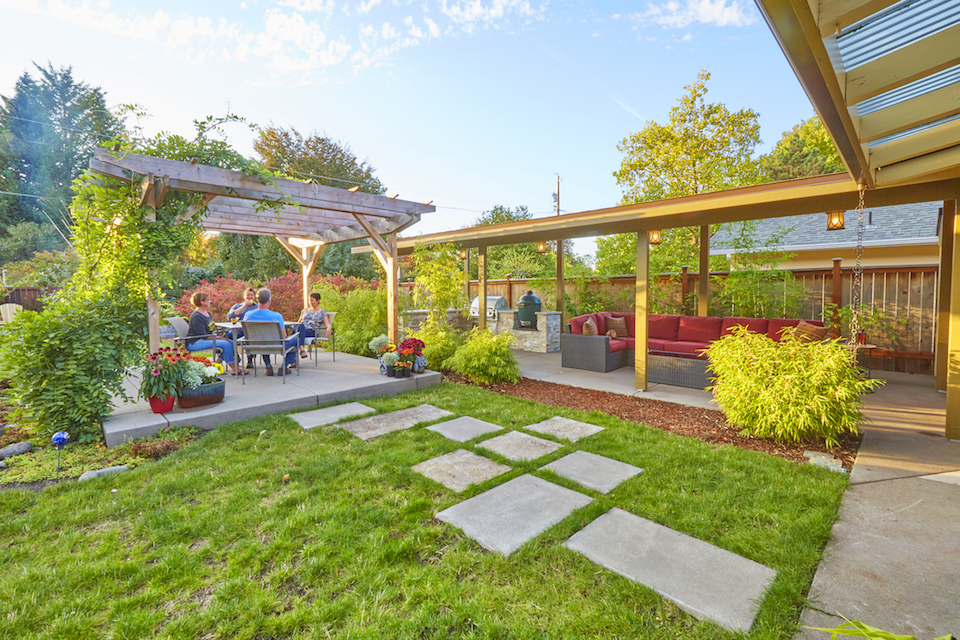 “The layout was inspired by Jeremy,” Reid said. “He put his hands up in front of his face and said, ‘I’m imagining a long corridor that looks out on the blueberries.’” Now, that corridor anchors one side of the yard. There a covered breezeway with a tongue-and-groove pine ceiling protects a relaxed lounge area and cook space. e latter’s natural stone island is outfitted with two grill stations, a durable Silestone counter and a sink that captures gray water for blueberry plant irrigation. A few steps away, a cedar pergola wrapped in Wisteria encloses a dining table and chairs. Reid built all of the structures with an eye towards framing pleasing views across the lot’s expanse. 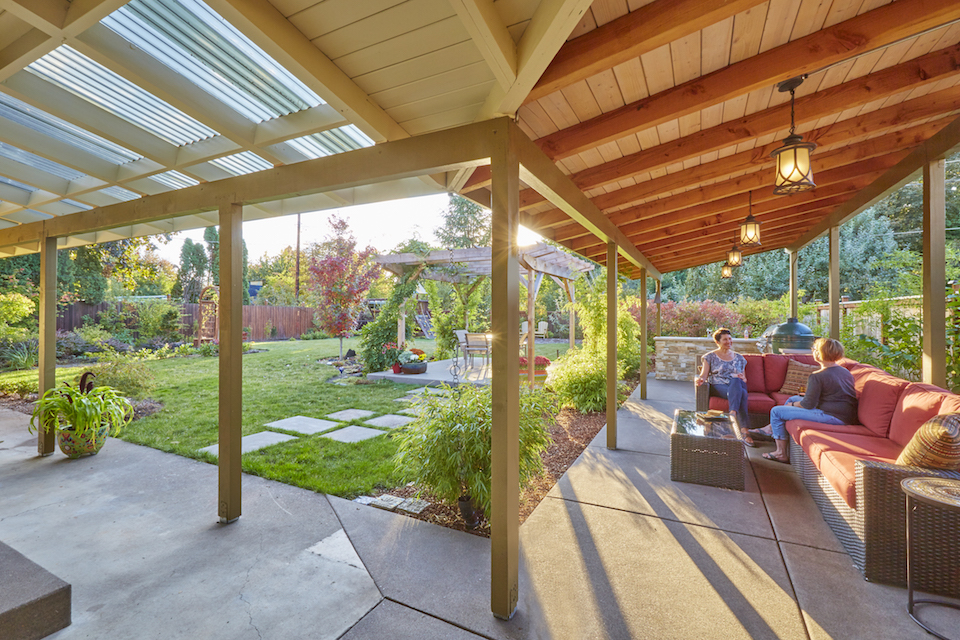 These days the Block family uses the improved yard, no matter the season. “It feels like we added about four hundred square feet of living space,” Block said. “We really, truly expanded the size of our home.” Now they have room to accommodate the many friends who stop by for the harvest. “Believe me, we have an open door policy when it comes to the blueberries,” Block said.