Forget the sofa or the dining room color scheme. More than any other room, the kitchen defines the rest of the house. These two remodels incorporate historic details and thoughtful material choices to pack on the personality. 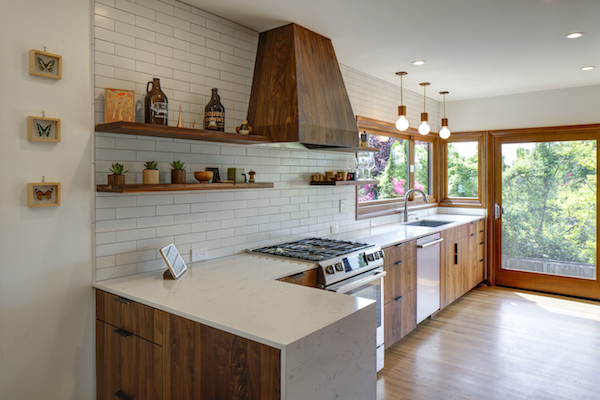 Friendship can prove fertile ground for creative collaboration. Just ask Joe Mansfield. In 2009, Mansfield, a digital artist and laser engraver, partnered with his friend (and neighbor) to cofound Grovemade, a Portland-based workshop that produces handmade metal and wood office accessories and tableware. When Mansfield needed to remodel his kitchen five years later, he turned to another longtime friend, cabinetmaker George Ramos, who specializes in period-appropriate woodwork. “I’d always wanted an excuse to work with George,” said Mansfield. His 1952 ranch-style house had formerly been a rental, the kitchen muddled with cheap finishes. So the pair joined with architect Marty Buckenmeyer to brainstorm a modern redesign that would reference the home’s original architecture.

To start, Buckenmeyer reworked the layout to improve the room’s flow and modified window positions to better capture light and views. The signature corner windows were kept, and a large slider to the backyard added. “The idea behind ranch houses was that you could reach out into the landscape from the inside,” said Buckenmeyer. Next, Ramos installed cabinets with solid walnut faces—their color echoing the existing mahogany woodwork. With attention to detail, the slabs were cut so that the grain pattern is continuous across separate units. The matching walnut range hood was an idea proposed by Mansfield that Ramos executed with mathematical precision. White quartz counters and a tile backsplash balance the wood tones and bounce light around.

Additional bespoke elements came from Mansfield. These include the design of the pendant lights, a laser-engraved heat register in the toe kick, and leather and brass cabinet hardware. Now the space is a testament to the rewards of collaborating with good friends. “We were challenging each other and elevating each other’s ideas,” said Mansfield. “It’s really satisfying to see that in the finished product.” 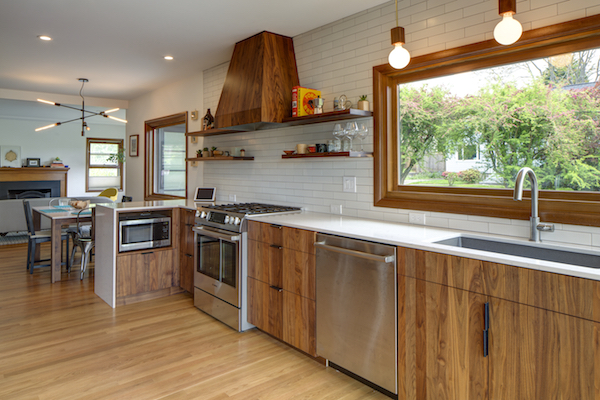 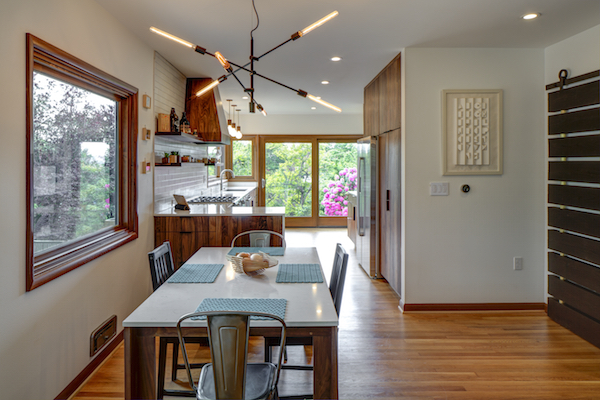 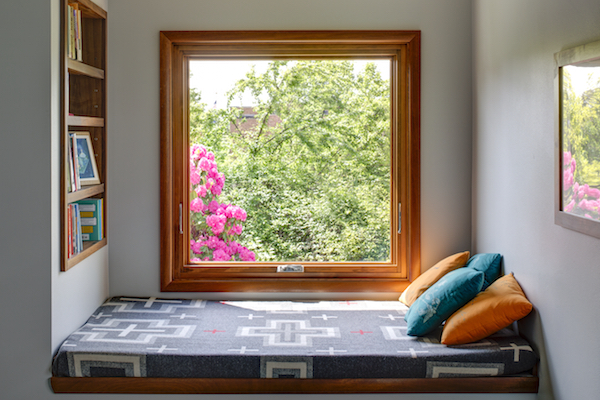 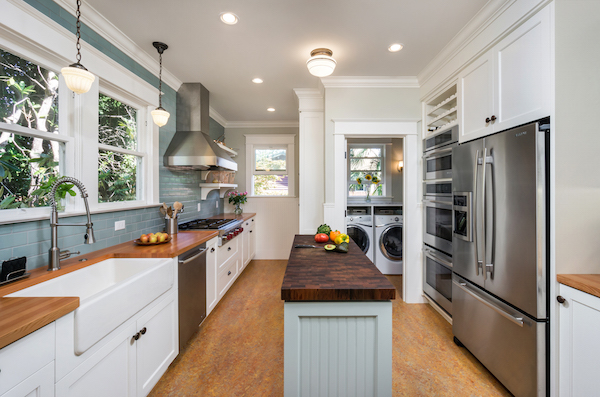 Although the open concept floor plan is all the rage these days, complete with a kitchen at its center, it’s not the best choice for every home or owner. Consider the 1908 Craftsman bungalow belonging to Leta Norton. “This being an old house, every room is its own space, and I wanted to keep that style,” said Norton. “And if you have dishes in the sink, no one has to see them!” Norton trained as a chef at the Oregon Culinary Institute and has worked in several restaurants, so she knew that her home’s kitchen could function better. The evidence of a poorly executed ’90s remodel was everywhere— from the cracked counters to the stove jammed up against the wall. In 2015, Norton teamed up with Libby and Greg Holah of Holah Design + Architecture for a renovation that would improve the room’s utility while maintaining the home’s integrity. “We like to do modern upgrades that feel like they belong to the era of the house,” Libby Holah said.

First, the Holahs removed a non-functional chimney and butler’s pantry to free up space in the modest footprint. Now, a long counter accommodates a generous farmhouse sink, a six-burner stove and adjoining workspaces. Additionally, they installed a recessed bank of wall ovens, an efficient floor-to-ceiling pantry and a prep island. The latter is topped in butcher block sealed with a food-safe finish, so Norton can cut directly on it. “I wanted to show that it’s been used and loved,” she said. Other finishes were locally sourced and contribute to the room’s historic feel. These include custom Shaker cabinets, reclaimed Douglas fir counters from Talent, Oregon, and the earthenware backsplash tile from Ann Sacks. A cheerful golden Marmoleum floor is easy under the cook’s feet. Norton is thrilled with the result. “The kitchen is my Zen place,” she said. “It’s really nice not to feel frustrated or cramped anymore.” 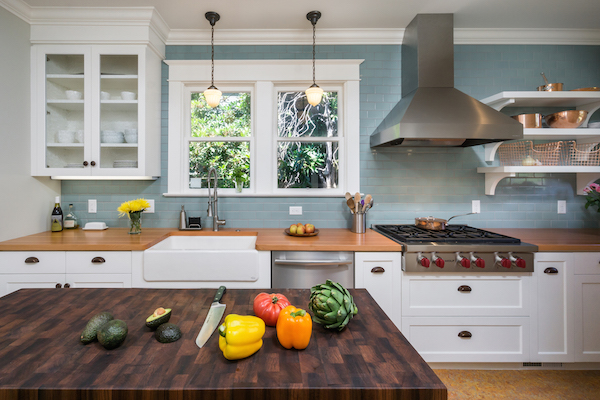 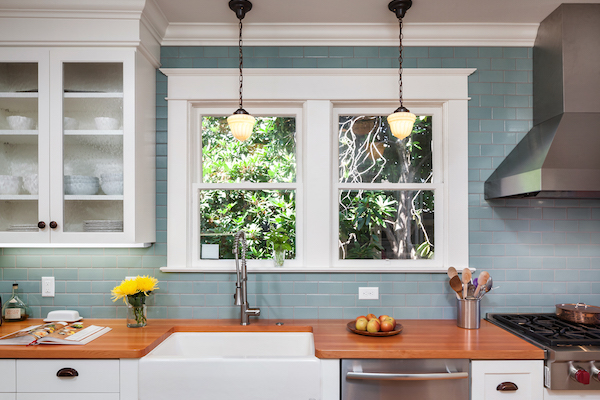