Portland is host to more nonprofit organizations per capita than any other city in the United States.

In a renovated lighting factory in North Portland, in a market saturated by breweries popping up daily, Ex Novo owner Joel Gregory is brewing a different business model, banking on the benevolence of his patrons to exact social change. Ex Novo is one of a growing number of nonprofit and community-supported alternative breweries. 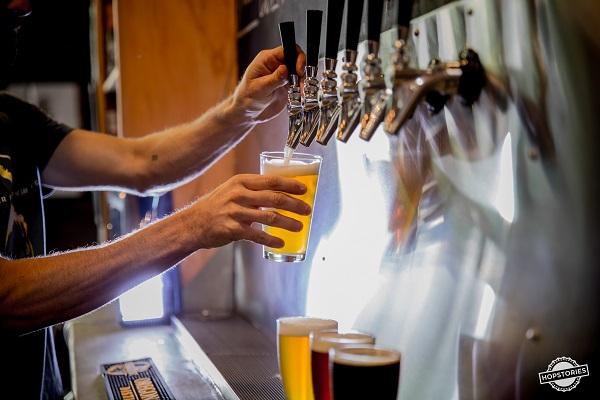 With a little wordsmith magic and careful consideration of their mission, registering as a nonprofit brewery with the state of Oregon was actually quite simple, said Gregory. The federal government was another story. “We found out later that getting nonprofit status with the IRS was an entirely different story and impossible for what we are doing,” he said. “As we are not operating charitable programs, we do not get [federal] tax-exempt status.” 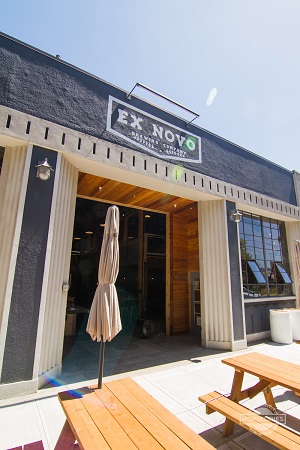 Gregory and his business partners wanted to build a brewery that was able to give profits away to “stellar organizations doing great work in the world. We wanted to build it deeply into our DNA that this is what we are about,” said Gregory. As a nonprofit, Ex Novo is required to have their financials publicly available. Some business owners might balk, but Gregory welcomes the accountability. This transparency, said Gregory, helps to allay any concerns for “those who are skeptical that we’re actually doing what we say we’re doing.” 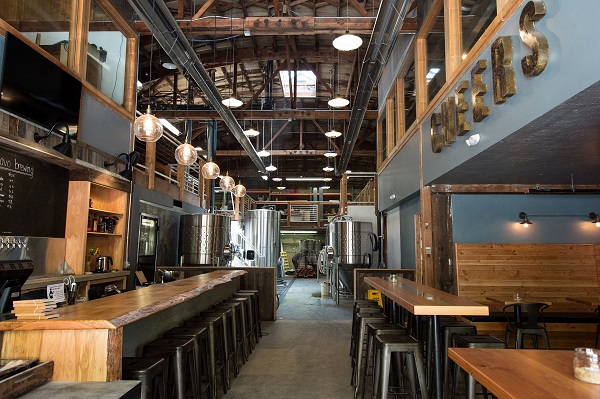 Still, Gregory is mindful of the balance between business and philanthropy. “If we were to focus too narrowly on our nonprofit mission, I think we’d do a disservice to the craft beer community here in Portland,” he said. The quality of the product is equally as important. “We do what we can to source local and responsibly made ingredients for our beer and food, and we’re just as passionate about social justice as you are!” 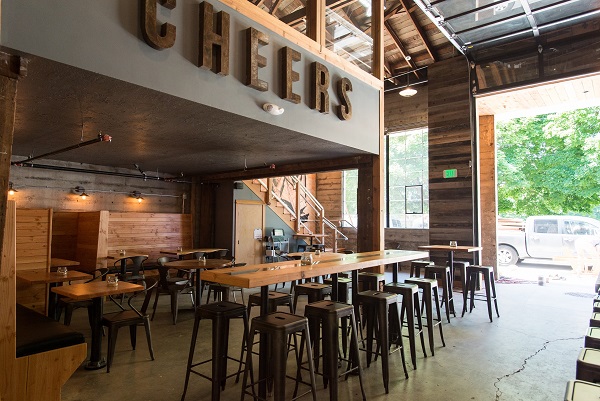 How your pint helps: After covering operating costs and contributing to a small reserve fund, Ex Novo distributes all of their net profits evenly among their partner organizations. Current beneficiaries of Ex Novo’s profit sharing include Friends of the Children, International Justice Mission, Impact NW and Mercy Corps. 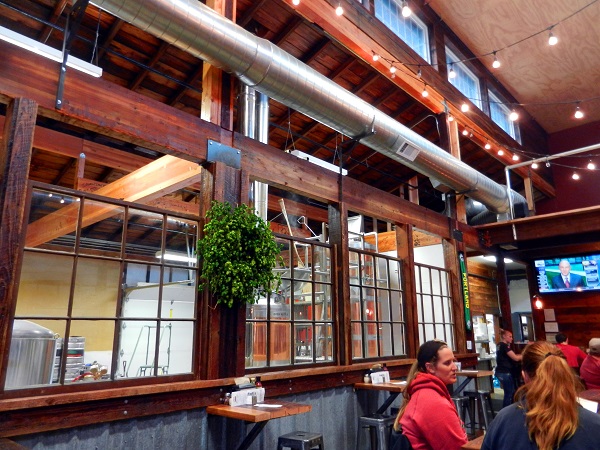 In early discussions of ownership and structure for their newest venture, Kelly McDonald and his business partner, Mark Vickery, decided to stick with a conventional brewery business model. Still, they wanted to pay homage to McDonald’s farm life upbringing, part of the local agriculture that is steeped in McMinnville’s history.

Grain Station Brew Works was born in the town’s Granary District, named after the many large grain elevators and buildings that once occupied the site. Grain Station beer is made and served in an old, restored barn. “In fact, our pub was built in the 1930s as a Copeland Lumber building.” he said. “It’s been renovated and decorated using reclaimed wood from a barn that I personally disassembled in 2012 from a friend’s dairy.” 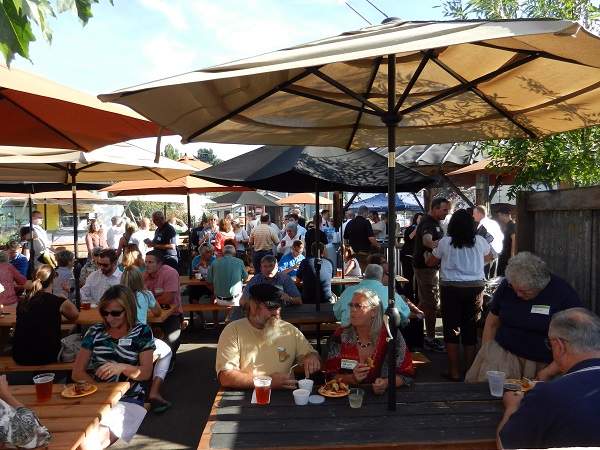 In keeping with the growing farm share movement, McDonald and Vickery came up with brewery harvest shares, or ‘Pubscriptions.’ Naming this new model the CSB, or community supported brewery, McDonald said, “We don’t take credit for inventing the concept for a brewery as some others have attempted it as well. However, each [brewery’s] implementation is unique and we felt ours fits very well with our identity.”

McDonald’s penchant for building relationships appears effortless. “Community is what we are all about,” he said. “[Pubscribers] are our biggest fans, but they also aren’t afraid to tell us when they see ways for improvement. It’s like having a focus group in your business every day. The feedback they give us is amazing and we quickly develop great relationships.”

The CSB has been a work in progress since 2000. Currently, McDonald partners with several local farmers, including Christensen Farms Malting Company in McMinnville, Sodbusters Hop Farm in Salem and BC Hop Farm in Woodburn. He recently picked fresh whole cone hops from those farms to create two fresh hop seasonal beers. An annual music festival in August called Walnut City Music Festival and the annual Oregon Brews and BBQ’s festival each September gives McDonald the ability to connect his love of beer with his love of community. 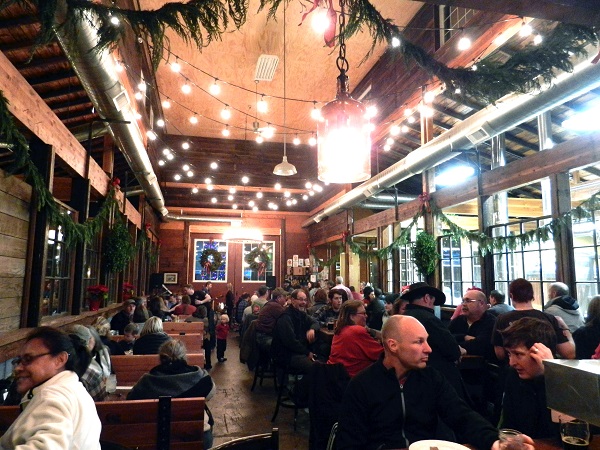 In addition to community events, Grain Station hosts other community-focused businesses in their building. The Granary Marketplace has a fresh fish and seafood market, a Saturday market takes place in the parking lot and live music shows happen almost every weekend. McDonald is proud of their sponsorship of a new home brew club that just started in McMinnville, and Barley’s Angels—a women’s beer group—that meets at Grain Station over pints. Grain Station’s proximity to Linfield College’s fermentation science curriculum is mutually beneficial, bringing awareness to the program and homebrew workshops to the brewery.

“We love to engage our customers and tell our story. Come for the experience,” said McDonald. 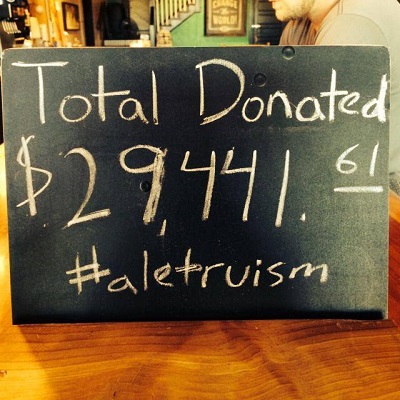 The Oregon Public House, opened in May 2013, donates 100% of net profits to their partner nonprofit organizations.  Each time a patron orders food and/or beverages, that customer can choose from a shortlist of local charities that their purchase will directly benefit. To date, The Oregon Public House has donated over $29,000, offering the dining and imbibing community an opportunity to “be the change they wish to see in the world,” one pint at a time.