The inviting aromas, drifting from the oven as one enters a bakery, are enough to make anyone break the no carbs diet contract in exchange for breaking bread, with an oozing dollop of melting butter to seal the deal. There are countless incredible bakeries in Oregon at the top of their game. Here are some of the best. 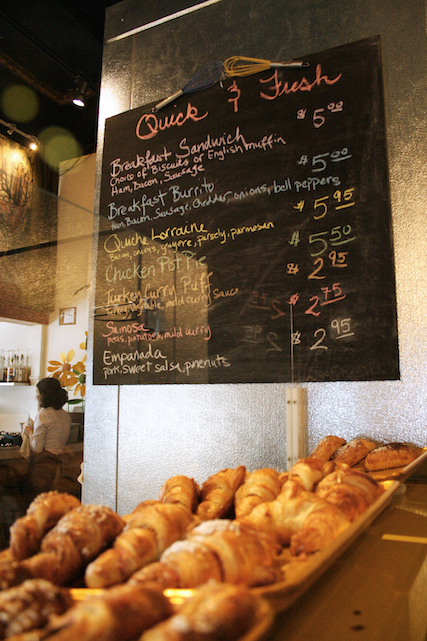 La Magie is a European-style bakery with a vibe that exudes charm in the hub of downtown Bend. It’s one of those places in which you can instantaneously relax and calls for some lingering over a hot cup of joe in an overstuffed armchair. Owner and operator Di Long uses the richest of ingredients in her 100 percent from-scratch menu, and the breakfast menu more delicious and expansive then you’ll find in many bakeries—with omelets, chicken fried steaks, ribeye steaks and Benedicts offered. Be sure not to leave without one of the pastries from the display case to nosh on later.

While many bakeries have opened in Portland in recent history, Ken’s Artisan Bakery set a high bar out of the gate. Ken Forkish set up shop in 2001 and has garnered national attention for his delicate butter croissants, ciabatta breads and brioche cinnamon rolls. The desserts here command attention and, for some of the best pizza in PDX, Ken’s Artisan Pizza is the pinnacle of Portland pies.

This is a sweet sister success story. Catherine and Cheryl Reinhart launched Sweet Life Patisserie in 1993 from a converted garage in the now booming Whiteaker neighborhood of Eugene. Two moves and a remodel later, Sweet Life is one of our state’s premier shops for wedding cakes, cheesecakes, and savory pastries. All cakes are made in-house using honest ingredients, paying mind to hormone-free dairy, non-GMO products and a lack of trans-fat oils. The selection of gluten-free desserts also earns praise.

There’s something about being on the coast that calls for a sweet treat or pastry fix. The salt air and relaxing environment inspires a long breakfast or lunch with baked goods on the plate. Sea Level is one of those sweet spots on the coast, tucked away behind the bustle of city center Cannon Beach, with a short walk from bakery to shore. Daily, you’ll find moist banana bread, ooey-gooey sticky buns and cool açai bowls with house granola.

Mix Bakeshop in Ashland offers delectable French pastries and breads that command daily lines out the door. Owner Jamie North has a successful lineup of restaurants in Southern Oregon, and Mix is her answer for a kickstarter breakfast of strong coffee and delicious breads. The house-made ice cream here is equally incredible.