While you’re visiting Portland, don’t forget to plan a trip to Northwest Portland.
Southeast Portland is full fun things to do. Make sure to see it while you visit!

Plan a Trip for Northeast Portland 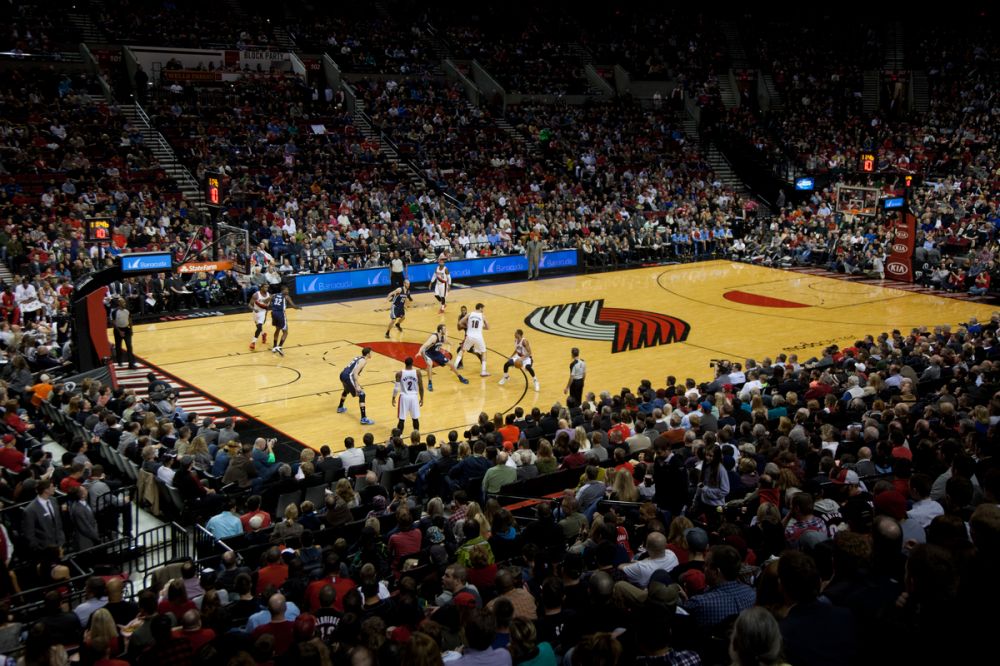 IF ITS SHOPS ARE ANY INDICATOR, Northeast Portland’s residents are likely the best manicured, tattooed, caffeinated beer-drinkers who ever set foot to pedal. Among other things, Northeast Portland is home to scores of tattoo parlors, spas, yoga studios, breweries and the powerful mani-pedi lobby. Once a bedroom community for Portland industry, Northeast—bordered by Burnside to the south, the Columbia River to the north, Williams Avenue to the west and past I-205 to the east—is a cultural destination, a Brooklyn-on-the-Columbia.

The neighborhoods of Irvington, Alameda and Laurelhurst are platted with classic Victorians, Queen Annes, Tudors and Craftsmans only to be straightened by the intermingled modern lines of lofts and eco-pads. Along Mississippi Avenue, Alberta Street, and Broadway Avenue commerce and trade bustles. All of these are best explored on foot or, more appropriately, by bike.

Bikes may not have been invented in Northeast Portland, but locals here have made them an indispensable piece of Pacific Northwest culture. The morning commute south on Vancouver or west on Broadway sees hundreds of cyclists daily pedaling into the city center and even farther afield to make their living. So it’s on bikes that we begin these next three days with music, murals and hoops on our agenda.

You can’t just walk into a Trail Blazers game cold, without, say, knowing a little bit about the team and its lore. Beginning with the present, there is LaMarcus Aldridge and Damian Lillard, a forward and guard duo who represent two jerseys worth buying. Both were selected for the NBA All-Star Game this year, in Aldridge’s third appearance and Lillard’s first. If the Trail Blazers organization can keep them around long enough, these two could become the next Clyde Drexler and Terry Porter.

Tailgating ensues. My pre-game search for a Drexler Dunkel turns up zed, which is probably for the best since I’m not a fan of German wheat beers. I did, however, find a tasty Terry’s Porter at Migration Brewing on NE Glisan. This is the kind of brew that brings luxury to any ordinary life. That, along with a Lupulin IPA, gets us off to a good start on our pre-game ritual. Happy hour at Migration Brewing brilliantly continues during all Blazers and Timbers games. Tonight, though, we have plans for the game that will bring us marginally closer to the action.

But first, we have an appointment in the coveted east wing of the White House. Aside from a group of chain hotels clustered near the Lloyd Center shopping district, Northeast has the cool McMenamins Kennedy School a little farther afield and the majestic Portland’s White House—a distinguished pillar in the historic Irvington neighborhood. My wife and I opt for this artful, high-thread-count Presidential bed and breakfast. 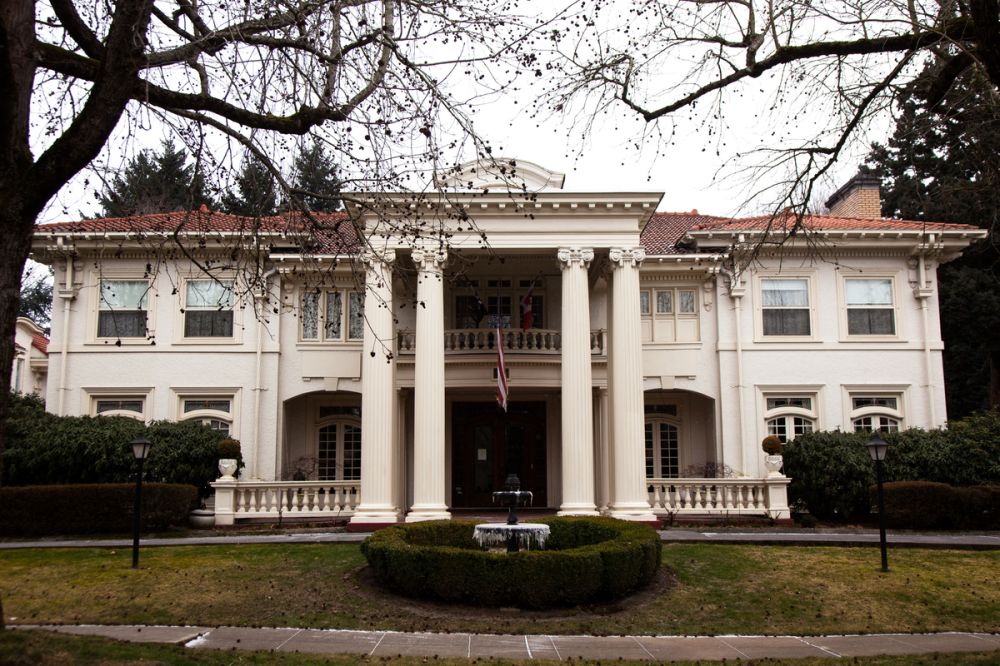 We take ourselves on a biking architectural tour of Northeast Portland neighborhoods and end up at the new Fire on the Mountain buffalo wing shop on NE 57th Avenue. Something good happens when chicken meets raspberry habanero sauce paired with an oatmeal stout as our tailgating draws to an end.

At the Rose Garden, our seats are so high that I can pinch the court and all of its players between my fingers on one hand while touching the back wall with the other. Looking down on the court from this height is like peering into a crystal ball with miniaturized seven-foot-tall people going about their business inside a bubble and oblivious to our presence. Thankfully one of those people is Aldridge, the future of the Trail Blazers. Taking a page from the Bulls’ Michael Jordan dynasty, the Trail Blazers offense consists of evacuating three-quarters of the court of all other players to allow Aldridge enough room to lay waste to anyone guarding him. This schemata proves effective, and Aldridge scores a career high forty-four points in a Trail Blazers victory. 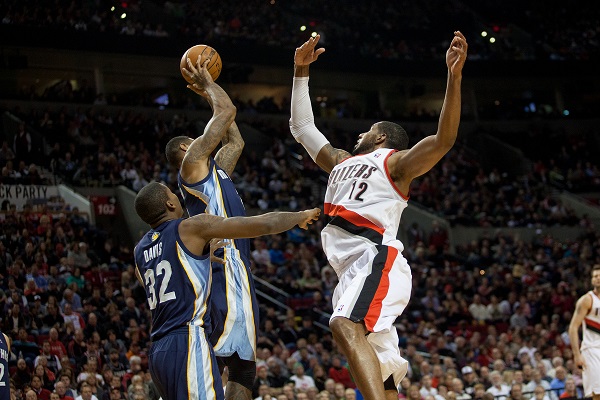 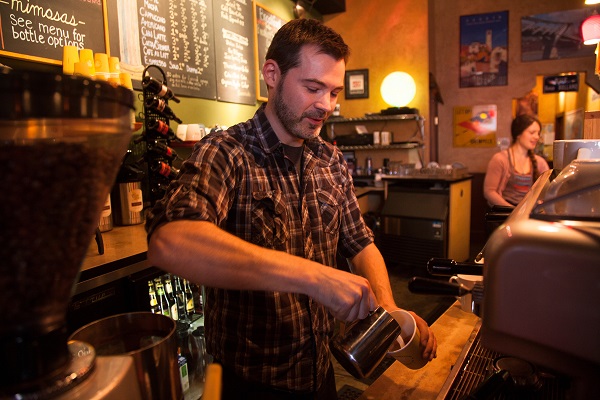 Before we embark on an earnest shopping odyssey, we double down on our caffeine quotient. Across Broadway from the White House is Costello’s Travel Caffé. Inside it’s buzzing with people and conversation. On two walls are portals to cities of the world. These TV screens stream street life from notable towns around the world to this café.

Facing a nearly intractable lighting problem at home, we cross into North Portland to call on “The Light Bulb Lady,” Kay Newell at Sunlan Lighting on Mississippi Avenue. While I’m blissfullly lost among the rows and rows of light bulbs, my wife happily liberates herself to Gypsy Chic and Vanishing Tribe boutiques, without me as baggage. 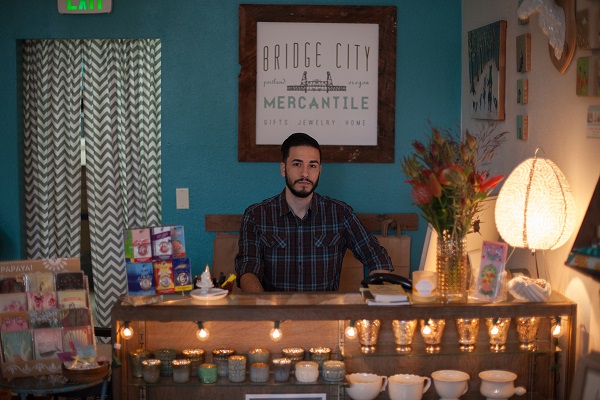 I’m a notoriously disinterested shopper. If it weren’t for my wife, I’d still be sporting my the garments that survived the many years since college. The funny thing is that many boutiques seem to be selling at more modern prices the same stuff that “we” agreed to purge from one-sixteenth of the closet. The more things change, the less change I have in my pocket.

Next, we’re on a DIY bike tour of public murals that resulted from an international mural collaboration last summer. This past August, muralists came from Canada, Japan, Australia, Brazil and across the United States to participate in an event called Forest for the Trees Northwest. Over the course of a week, these artists painted a disparate gallery of murals on buildings throughout the city, a few of these in the Northeast. One of the best features a grim Mr. T-like character who wears a buffalo hat and an I-pity-the-foo expression as another buffalo stares at him. The warning, “The future will be HAIRY,” resonates below him. In another painting on NE 11th Avenue and Stark Street, a big orange sun bleeds into an aqueous moat circling it while floating on a DNA belt of clouds. The entire collection is fascinating and worth a cross-town bike tour. 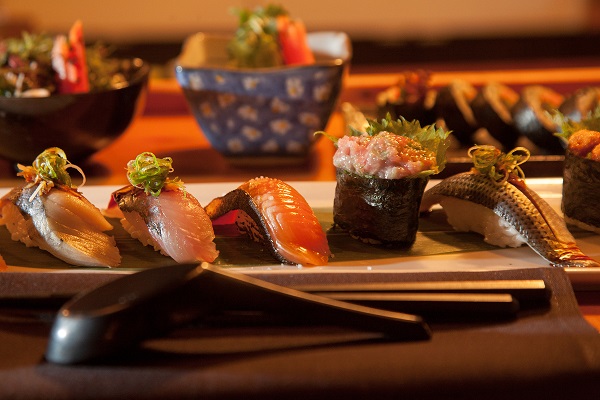 Dinner is at the new Daruma Sushi house at Fremont and 42nd Avenue. Inside this cozy twenty-five-seat Zen den are fourteen wooden tiles in two rows of seven, each branded with a Japanese symbol. Sushi-eating numerologists would find Buddhist symbolism galore. Red-headed Japanese daruma dolls sit on a shelf above the symbols. Chef Yuki Yamada is in his element here, precisely cutting slices of amberjack, mackerel and Arctic char, and laying them over small loaves of rice as part of his nigiri art. At the sushi bar, Yamada moves with the silence of prayer, patiently reinventing the universe one stroke at a time.

Farther up Sandy Boulevard, Suburban Slim is picking out blues tunes at The Blue Diamond, one of the last live jazz and blues clubs in the area.

Today brings coffee at Extracto on NE Killingsworth, another poly-caffeinated hotspot in Northeast. Then it’s off to Mississippi’s cousin Alberta Street. Since we’ve been burning calories on bikes, we hop off at Petit Provence bakery for an almond brioche before venturing into shops without amazing pastries. This bakery is a must for Francophiles and flaky pastry fanatics like us. You need only look into the baker’s case and you begin hyperventilating and hallucinating at the same time. 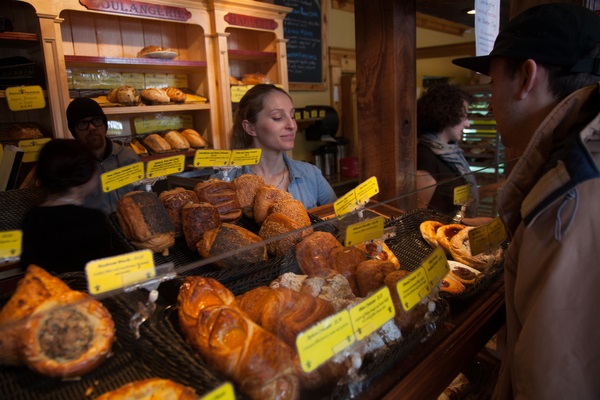 Alberta Street is a bounty of boutiques—Frock for everyday whiskey earrings; Grasshopper for eclectic baby gifts; pedX Shoe Shangri La; Pie, tasty footwear; a couple of tattoo parlors in which I could easily get ahead of the curve by inking my arm with the image of LaMarcus Aldridge (I’ll wait until the All-Star Game); and Alberta Rose Theatre, where great musical and live performers take stage and where, the night before, Portland band The Wild Wood used their mandolins, violins, guitars and a stand-up bass to skip Celtic and bluegrass notes across a pond of fans. Can’t believe we missed that show. 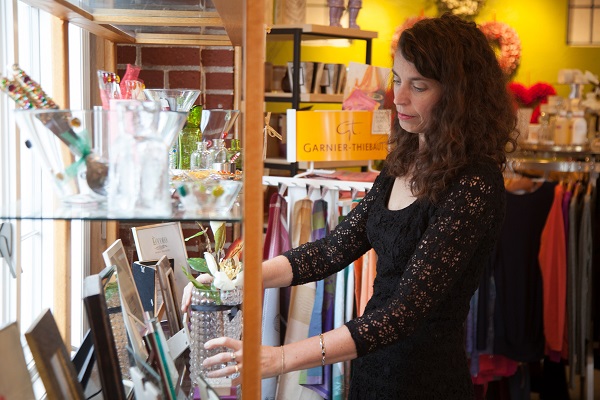 Stumptown Dumplings will cheer us up and get us on our way. For five bucks, you can get a half dozen Pompous Pork “stumplings.” Next time in Northeast, local music will supplant basketball, though bicycles will remain our preferred mode of transportation in the city that consistently ranks among Bicycling magazine’s top bike-friendly cities in the country.