We Oregonians are blessed with an abundance of riches. Our state’s home to great beer and coffee, world-class hiking and mountain bike trails and a diversity of geological features that’s the envy of most countries. We also have a ridiculously high number of haunted hotels, movie theaters and cemeteries. Our most haunted places have long-held reputations for their spirits.

Here’s our list of the top 10 places in Oregon that give us night terrors:

Yes, one of McMenamins’ most enchanting properties is also possibly its scariest. Residents who died on the property were cremated in an on-site incinerator and, according to some reports, their ashes were used as fertilizer for various crops. So yeah, not shocking that there’s been reports ever since of paranormal activity, including a female nurse stalking the halls of the hotel and a woman who faintly recites nursery rhymes.

This 96-year-old hotel was one of the premiere destinations in the West when it first opened, playing host to Presidents Calvin Coolidge and Franklin D. Roosevelt. During the 1930s, though, it was converted into a retirement home for lumber workers. The property transformed back into a hotel in the late 1970s and has housed travelers ever since. A woman in white who may or may not have jumped to her death off the hotel balcony is said to inhabit the hotel, as is a young child spirit who spends her time on the ground floor near where a pool used to be.

Sometime in the 1890s, the story goes, the young child of an assistant lighthouse keeper died while at the lighthouse. Ever since, there’s been tales of ghost encounters from a spirit named Rue, though it’s unclear if the ghost is the mother of the child or the child itself. Various visitors to the lighthouse grounds have spoken of unusual and unexplained experiences, and there are rumors of a headstone on the lighthouse grounds that should be there but have never been found. 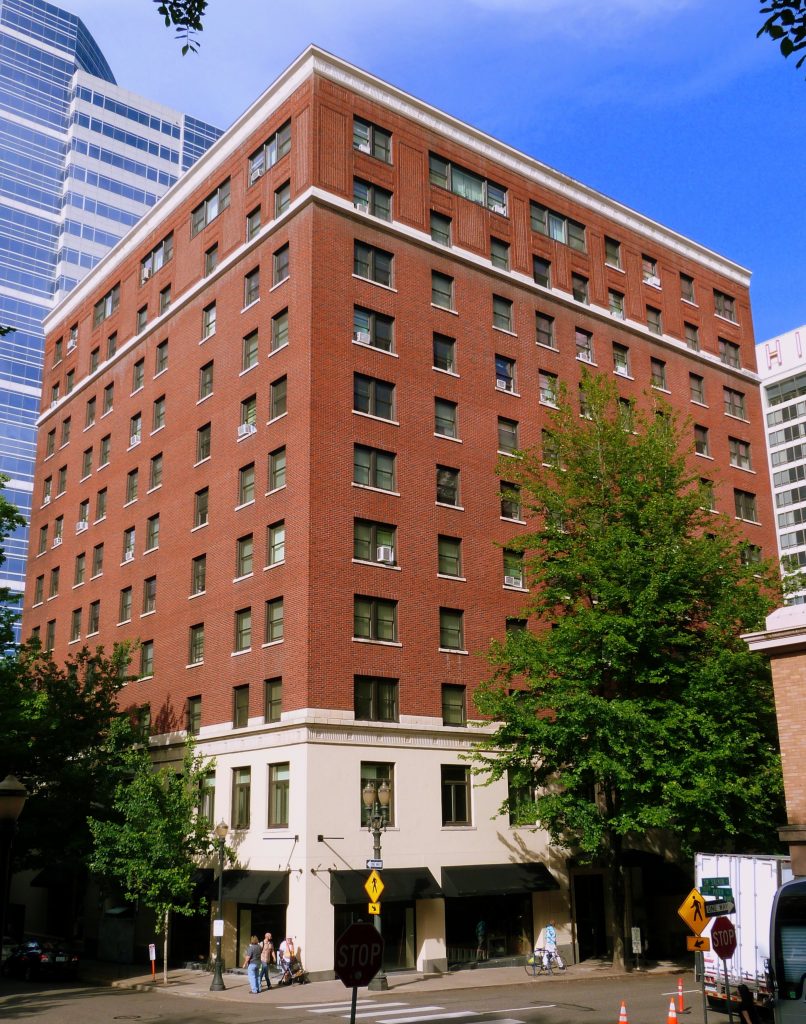 7 – The Heathman Hotel in Portland

One of Portland’s most elegant hotels, the Heathman is popular with young and old, international and regional travelers, and apparently the living and the undead. Rooms 703, 803 and 1003 are all reportedly favorites of paranormal spirts. Why rooms that end in 03? One expert of the other side stated that someone jumped to their death and is now haunting the rooms they passed by on the way down.

6 – Cathedral Park in the St. Johns neighborhood of Portland

In 1949, 15-year-old Roosevelt High student Thelma Taylor was murdered in the park and residents say you can still hear her screams coming off the Willamette River. 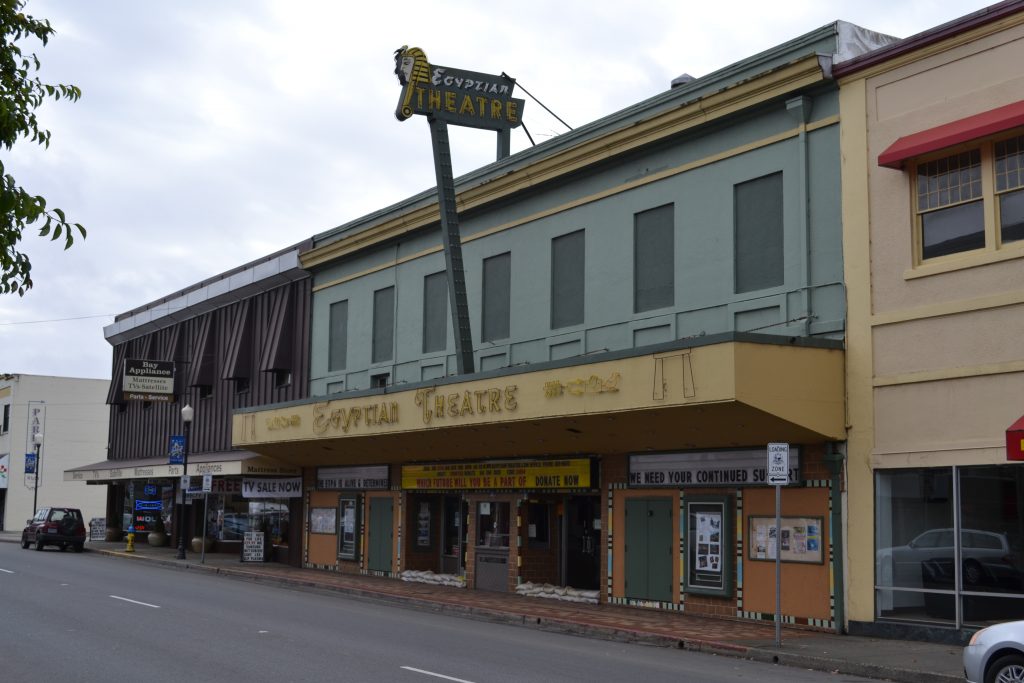 5 – The Egyptian Theatre in Coos Bay

Originally constructed in 1922 as a Motor Inn Garage and Service Station, the Egyptian was converted into a theater in 1925 in the Egyptian Revival style. Now an arts and cultural hub for Coos Bay, visiting artists have reported seeing an elderly woman ghost that likes to sit in the balcony. 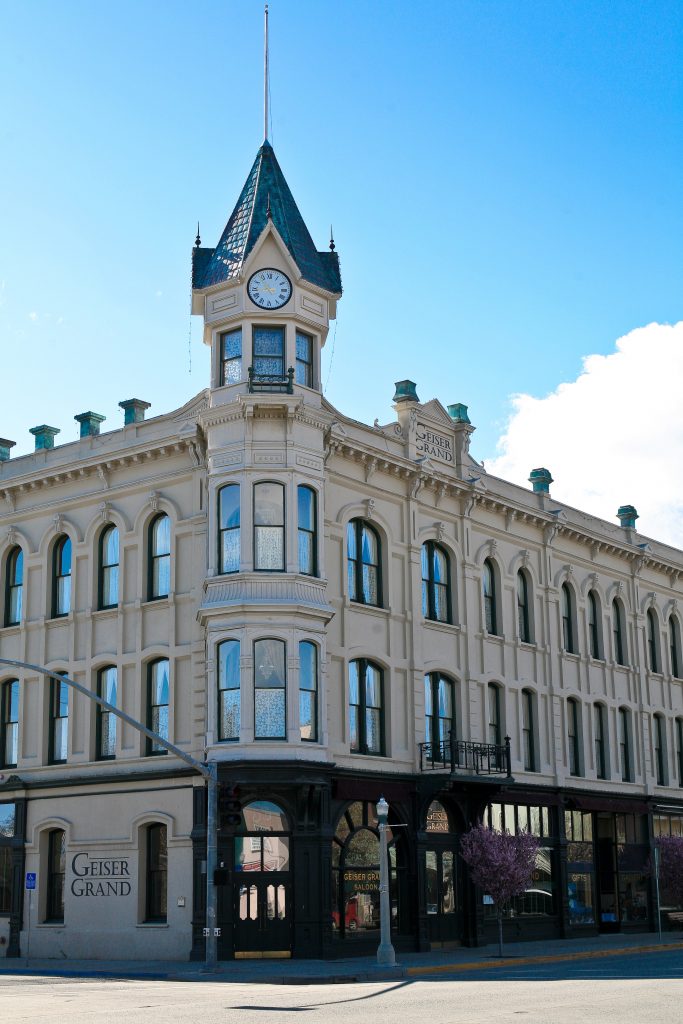 Once considered the finest hotel between Salt Lake City and Portland, the nearly 130-year-old Geiser Grand reportedly has not just one ghost, but a whole crew of fun-loving spirits. “There are some workers who will not go on the third floor after midnight,” said the couple that renovated the Geiser in an interview with The Oregonian in 1997. “If there are ghosts, the story is, it’s not just one, it’s a whole party of them. They seem to be friendly, jovial, partying ghosts.”

This theater built in 1932 is allegedly home to a the spirit of a little girl in white who fell to her death from the cinema’s balcony. Staff at the theater have reported doors opening and shutting on their own and the feeling of being hugged by an invisible force. 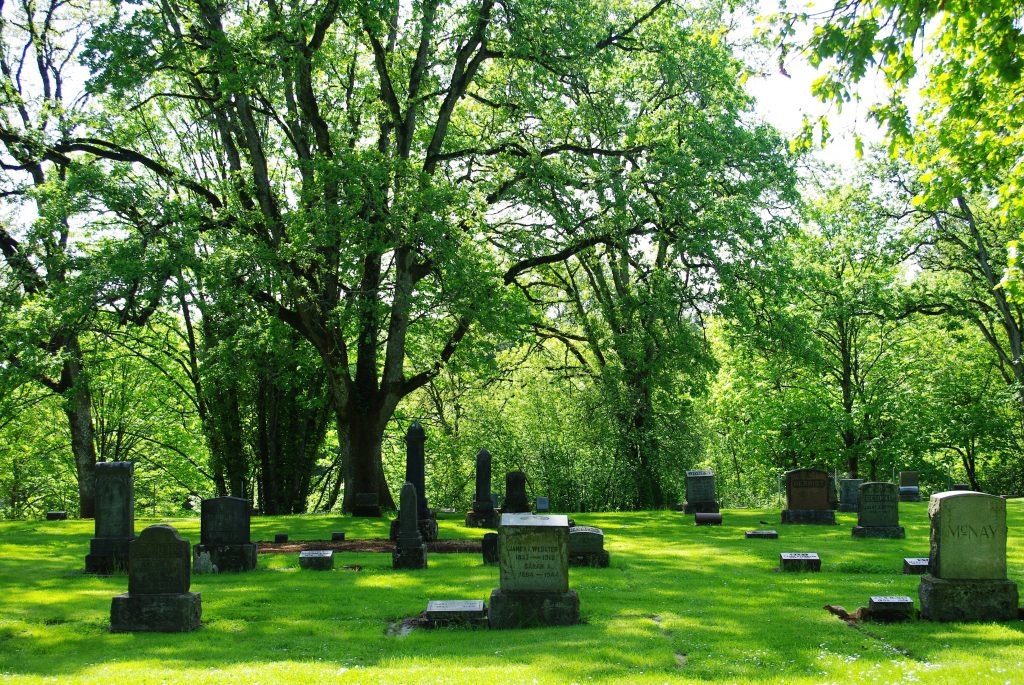 According to local legend, a woman was hung in Lafayette in the late 1800s for practicing witchcraft. Before she died, though, the legend goes, she cursed the town and has haunted the cemetery ever since. Countering theories say that it was actually the woman’s son who was hung for murder. Regardless, this pioneer cemetery in the heart of Oregon’s wine country would be the creepiest place in the state, except for …

A former stagecoach stop between San Francisco and Portland that dates back to 1883, the Wolf Creek Inn hosted Clark Gable, John Wayne, Orson Wells and President Rutherford Hays, among others. Jack London loved the place so much that after his death, reports of a London-like apparition were reported in the room he took while finishing the novel Valley of the Moon.  Another ghost who allegedly calls the Inn home is a female stagecoach driver who died on the Wolf Creek property. But what makes the Wolf Creek Inn truly freaky is the reports of a “vampire-like” creature complete with fangs and blood on its mouth. Various explanations exist – a spirit from the woods, a mythological beast like Bigfoot, or even the ghost of a mentally disturbed person who wishes to be seen as a monster – but suffice to say, it’s appearance can be down-right terrifying.