Twelve places in the PNW that transport you to other cultures

For those of us with wanderlust, the pandemic greatly curtailed our travel plans, confining us exclusively to local destinations, and only those where it is safe to go. Thankfully, the Pacific Northwest brings with it many amazing proxies for foreign travel. In this piece, we explore the regions, towns and venues throughout the Northwest that share some stunning similarities with their European, Scandinavian and Asian counterparts. If you can’t hop on a plane right now, jump in your car and satisfy your wanderlust while contributing to the local economy. Here are twelve places where you can travel abroad from your car.

The sons and daughters of Norway are alive and well in the tiny Norwegian town of Poulsbo on Washington’s Kitsap Peninsula. Known as Little Norway on the Fjord, Poulsbo was first settled in 1875 by Ole Stubb, a Norwegian immigrant born in Naustdal, Førdefjord, Norway in 1821. More Norwegians flocked to the area for land and fishing in Liberty Bay, then called Dog Fish Bay for its abundance of dogfish. The town was built to resemble the small seafaring towns of Norway. Today, Poulsbo punches above its weight with craft breweries such as Valhöll Brewery and Slippery Pig, with its culture-conscious Norwegian Sunburn amber rye. Hit Marina Market for Norwegian foods or kick back at Poulsbohemian Coffeehouse with some of the best views on Liberty Bay. When festivals are back in swing, plan to visit during Viking Fest, Midsommer Fest or Julefest. 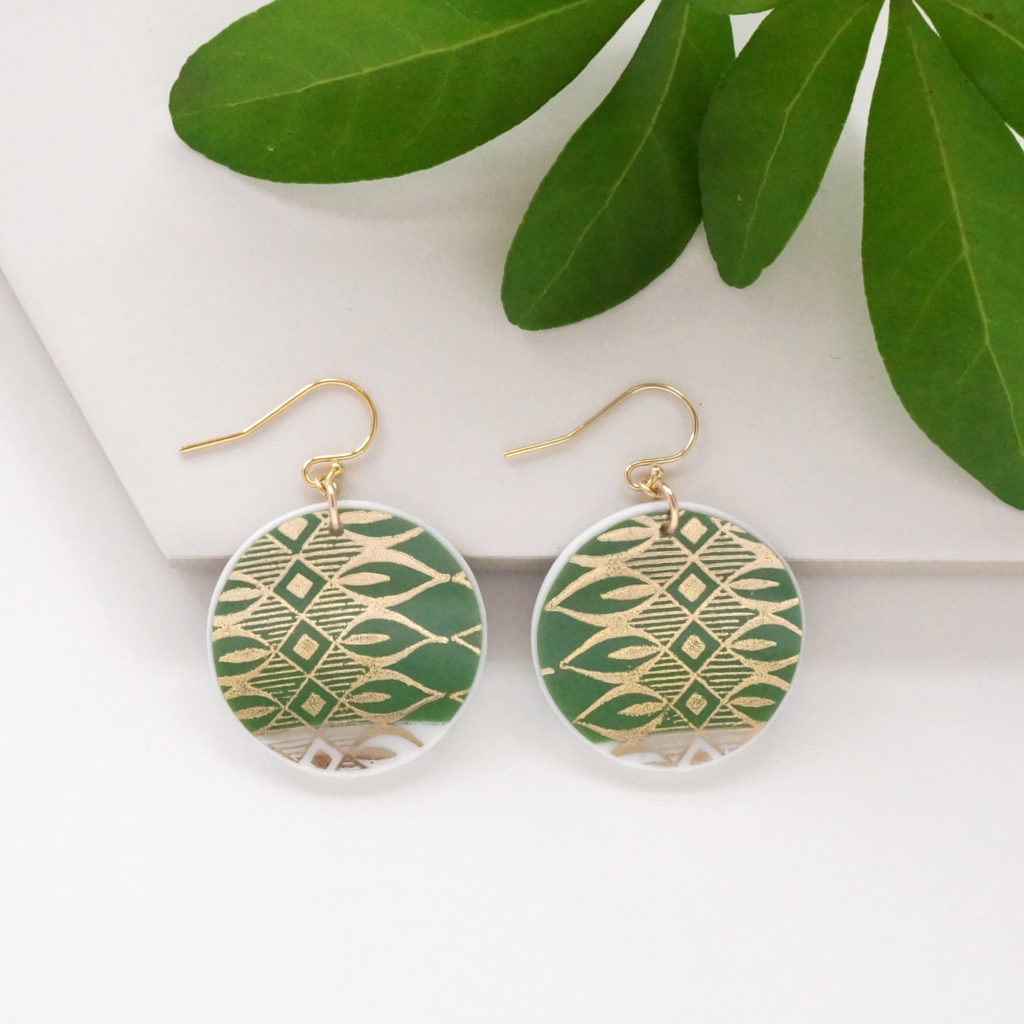 There are few places outside of Germany that evoke Bavaria in such a demonstrable way as Leavenworth. In the Cascades of Central Washington, Leavenworth is a Bavarian village of Alpine-style architecture along its downtown core on Front Street. If not for the signs in English, you’d swear you were in a small Bavarian mountain town. Lined with bierhauses and biergartens serving steins of beer, and German restaurants such as München Haus and Bären Haus with bratwurst and schnitzel on the menu, chocolate shops and a nutcracker museum, this town will transport its visitors to the southern Bavarian town of Garmisch-Partenkirchen in the Alps. Each year, Leavenworth’s signature event, Oktoberfest, is a rollicking good time with accordions, oompah bands and outdoor biergartens.

Winthrop is a two-season escape to the vast network of ski trails of Norway, where parents send their kids outside in the morning and tell them to be back in time for dinner. It’s a place where ski trails connect towns and people in a culture that hearkens back to Norway, where Nordic skiing is the national pastime. In the Methow Valley and on the edge of the North Cascades, a Scandinavian ethos pervades the community-run trails and the remote-but-civilized feeling of the valley.

Chinese people first immigrated to Seattle beginning in the late 1850s, finding work on the docks, as fishermen and in canneries. They fought persistent racism and the Chinese Exclusion Act of 1882 to build an enclave of Chinese culture on the south side of Seattle, which, in 1998, earned the sanctioned title of Chinatown. Today, the International District is nearly half Asian, with a plurality of Chinese. Vietnamese, Filippino, Japanese and Koreans are the next populous ethnicities. Enter the west side of the district through the Historic Chinatown Gate on King Street and through its Paifang-style arches, composed of 8,000 ceramic tiles made in southern China, and lose yourself in herb shops, markets, galleries, rice bowls, Chinese candies and collectibles.

For Japanese submersion, head to the Uwajimaya supermarket on 5th Avenue South and transport yourself to a bustling market setting in Japan. Take home the authentic ingredients for traditional udon or soba dishes and soak in the flavor of Japanese culture.

The Oregon coastal town Bandon on the Sea sounds like it was swept off the coast of the British Isles. Bandon Dunes Golf Resort proves the case. This rolling course in a rugged traditional Scottish links design was built on gorse-choked cliffs overlooking the Pacific Ocean. Its chief architect is David McLay Kidd, a Scotsman and second-generation golf celebrity. His father was a longtime superintendent of the famed Gleneagles course in Scotland.

The course has wide fairways, but the fast links style is merciless. Balls roll forever. The rough is difficult—natural sagebrush—and you must sink your putt or your ball may end up far from its intended destination. “Golf as it was meant to be” is Bandon Dunes’ motto and a nod to its origin in Scotland.

In Oregon wine country, you can travel to Italy and France without leaving the I-5 corridor. For an Italian experience, go to DANCIN Vineyards, in the verdant hills west of Medford. The vineyard makes Barberas, Sangioveses and ports through traditional winemaking techniques. Its vineyard tasting room and piazza-like setting is a beautiful place to take your love, don big sunglasses and your best shoes, order a thin-crust pizza from the pizza oven and drink a bottle of classic Italian wine in a setting reminiscent of Piedmont.

Likewise, if you need to escape to France to sip its burgundies and pinots, cut your travel time to a quick drive to Domaine Drouhin in the Dundee Hills, where Veronique Boss-Drouhin plies her French winemaking family tradition. The Drouhin family roots go back to the 1880s in Beaune, France, the heart of the Burgundian wine experience, where Joseph Drouhin, Veronique’s great-great grandfather, began buying vineyards and making excellent wines. That rich family tradition continues in both Beaune and the Dundee Hills, where you can sit back, look over the vines transported from France and truly have one foot in the terroir of Beaune.

Other wineries in Oregon where French winemaking is de rigueur include: Phelps Creek Vineyard in Hood River, where French winemaker Alexander Roy is the director of winemaking; and Chapter 24 Vineyards, where renowned Burgundy vingeron Louis-Michel Liger-Belair consulted the winemaking team that also included Michael Etzel, winemaker at Beaux Freres, another Oregon winery with Dijon clones and French-style wines.

Oregon’s Bavaria is centered in Mount Angel, along the western flank of the Cascades. Bavarians had already immigrated to this rural area in the 1880s when Benedictine monks from Engleberg, Switzerland established Mount Angel Abbey, a Benedictine monastery. Mount Angel is a translation of the Swiss town, Engleberg. Nonetheless, Bavarian culture is a compelling force, and soon Mount Angel became Oregon’s Germanic enclave. The centerpiece of German culture is Mount Angel’s Glockenspiel  building, with carved figures and a working town square clock. Naturally, Mount Angel is home to an enormous Oktoberfest every year and a Wurstfest in February. Take home locally made wurst from Mount Angel Sausage Company and continue the festivities with friends and neighbors.

The Wallowas in Northeastern Oregon are often called Little Switzerland for their size, shape and feel. Accessed from the mountain arts community of Joseph, visitors can plan day hikes with water, a sandwich from Old Town Cafe and chocolate from Arrowhead Chocolates, then off you go into Eagle Cap Wilderness, a smaller-scale Alpine outing. If you’re going to make the trek all the way, you might as well go big—either with a multiday wilderness camping experience, or use the Scandinavian-esque The Jennings Hotel as your refined base camp for healthy day hikes up to breathtaking wilderness tarns.

Sometimes just the culture of one venue can completely transport you to a different place. Such is the case with The 3 Legged Crane Pub and Brewhouse (formerly Brewers Union Local 180) in Oakridge, where real ale is served British-style from the cask and firkin. Hand-pumped like pubs in England, cask-conditioned ale retains its yeast once pit into casks, where it undergoes a secondary fermentation while cellaring in casks and served at an optimal 53 degrees—slightly warmer than most Oregon craft styles. The journey to the tiny hamlet of Oakridge will add to the experience, as will the mountain biking if you want to challenge yourself in a different way.

Perhaps the only other bold experiment with real ale pulled from casks in Oregon is Porter Brewing Company in Redmond, where patrons can sit down to small-batch cask-conditioned imperial pints of real ale.

Sun Valley Resort was the brainchild of Count Felix Schaffgosch, an Austrian who scouted the West on behalf of Averell Harriman, Secretary of Commerce under President Truman. He soon created the famed Sun Valley Resort in the image of great ski resorts of Austria. The feeling is certainly old-school Europe. The service level is modern American. Stars from the golden era of Hollywood (Ingrid Bergman, Clark Gable, Gary Cooper) adopted Sun Valley as their new place to be seen. A second generation of actors such as Bruce Willis, Demi Moore and Arnold Schwarzenegger are also Sun Valley aficionados. If you’d like a more modern version of how stars visit Sun Valley, book the new Limelight Hotel right in downtown Ketchum and be close to all the famed restaurants and taverns. Its outdoor, heated pool in the shadow of the famed Bald Mountain is a great spot to après ski in style.

One interesting facet of Boise takes us right into the Basque country of northern Spain. The Basque Block in old downtown Boise has a cultural center, a Basque museum, and Basque market dancing events, restaurants and Basque descendants, originally drawn to the area for silver mining and sheep ranching. Some prominent Idahoans are of Basque descent and can be found eating lamb stew and Basque peppers at Bar Gernika on S. Capital Boulevard.