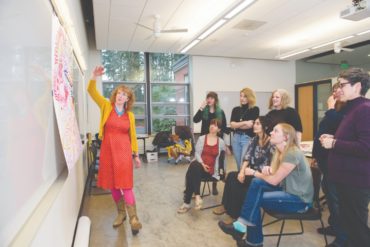 Art therapy can satisfy our deepest needs, transform lives and heal communities written by Cathy Carroll Mary Andrus has seen how working with people through art therapy can transform their lives and build community, and she believes it can ultimately create a more just society. She has spent years working with people in a range of settings, from community mental health programs and nursing homes to an inpatient psychiatric hospital and therapeutic day schools. Art therapy and artistic expression in general, however, can benefit anyone, she said. Art therapy’s aim is to help people function better in their lives and elevate a sense of well-being. “It would be for anybody open to using the creative process to find and get to know themselves,” she said. “Art therapy isn’t about drawing pretty pictures … it’s about tapping into who you are inside—and maybe drawing really ugly pictures—and giving yourself permission to… 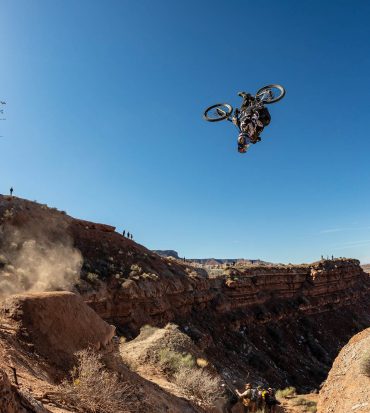 Carson Storch talks biking and brain trauma written by Mackenzie Wilson Two broken collarbones, one snapped wrist, a couple cracked ribs, bruised organs and one major concussion later, Carson Storch considers himself “lucky.” The professional freeride mountain biker has been going big, crashing hard and doing it all over again for nearly half his life. “Freeriding is pretty similar to any other high-impact sport, like football for instance, but the difference with us is we’re going fast and we’re hitting dirt,” Storch said. Freeriding by nature is unpredictable. Riders choose a route or a “line” down a steep mountain and hope to make it to the bottom unscathed. At 25, Storch is still in his prime, but he’s taking preventive measures to stay at his best both physically and mentally. “I think brain health is kind of a focus of our sport now—it’s pretty serious at competitions nowadays,” he said….