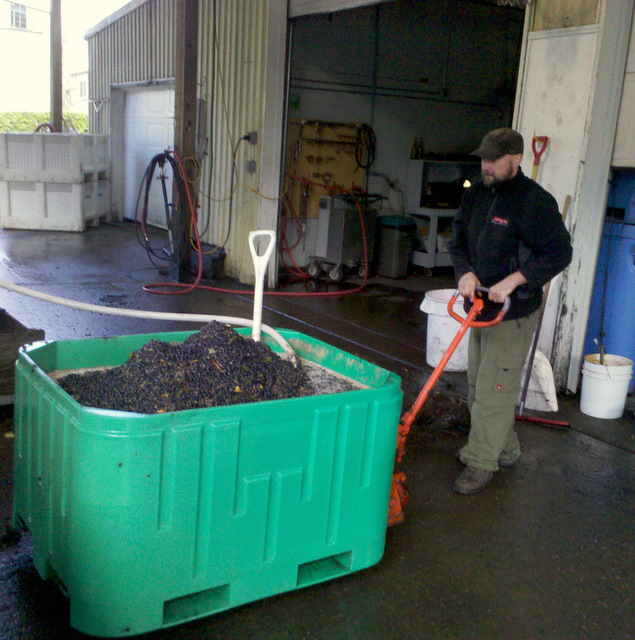 I became really interested in cooking when I was in high school. My parents both worked, my older brother and sister had moved away to start their own lives and it was just the three of us left at home. My mom often threw something together for us to eat for dinner, but planning and preparing the evening meal required more energy than my mom had at the end of a long day.

Grapes struggled to ripen in cold, wet climate that sat over the Willamette Valley in the late growing season of 2011. Typically this results in sharp, acidic finished wines. In places like the Alsace region of France, where grapes such as Pinot gris, Riesling and Gewürztraminer rule; sharp, crisp and acidic is the style. In Oregon, the same style has proven to be troublesome for grape growers and winemakers, especially with red wines.
In fact, 2011 was so consistently cool, that late September had the fewest growing “degree days” (days between 50º and 84º F) of any vintage in forty years. Harvest did not begin until mid- to late October and finished well into the second week of November. It proved to be one of the latest harvest years on record, with high anxiety over potential mildew and devastating frost damage. For some, arriving fashionably late to a party is par for the course, and in Oregon that certainly has become the trend for harvest in the last couple of years. Herb Quady, a Southern Oregon winemaker for Quady North and Troon Vineyard, commented, “There was a serious frost in early November, but most vineyards were ripe by then, so the effect was not that negative.”
In mid-October, wine growers had already relaxed somewhat as a warm weather spell dried out the fruit and brought up the sugar content, just enough to begin harvest. Though low in sugar, the fruit provided a great depth and well-developed character, which consistently creates beautiful wines with balanced acids and lower alcohol content. “Some folks, myself included, have referred to this past vintage as the ‘Miracle Harvest,’” said Jesse Lange, winemaker at Lange Winery in the Dundee Hills. “I really couldn’t care less what it ends up being called, I’m just so satisfied and proud that for those vineyards and farmers that put themselves in a position to be successful, pulled through with flying colors.”
Unlike in 2010, where grape yields were well below standard, 2011 found more fruit being produced with thicker, heavier and juicer bunches. Also, unlike 2010, when migrating birds took some of the profits into their bellies, the vineyard owners were prepared for the top-skimming flocks, pounding day and night with air cannons to ward away the grape-hungry, winged beasts.
The final product is yet to be determined, as the wines are still very young and are still … well, becoming wine. But across the state, producers are optimistic that this could be a vintage to hang their soggy hats on. “The whites have all the hallmarks of a classic vintage: pure, complex flavors with lean and balanced acidity. The very young Pinot noirs have incredibly intense color density, firm and fine grained tannins and lovely blackberry, brambleberry qualities,” said Lange. Quady added, “It could have been disastrous, but it came out splendid.” 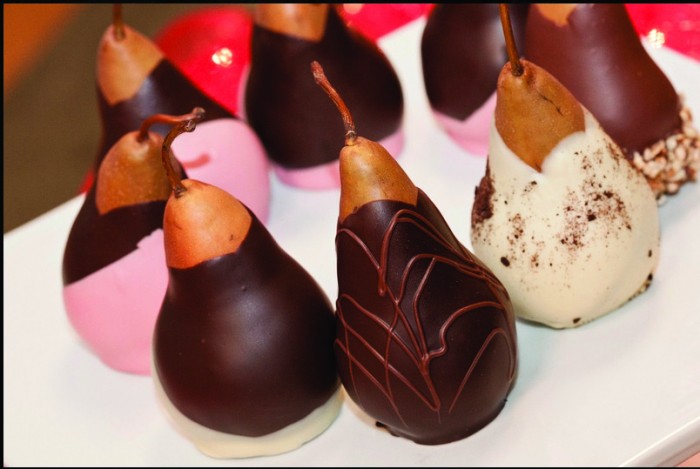 Charlie Douglass faces supreme temptation daily. Nearly every morning he has a rendezvous with an enrober, a machine that releases a sensual wave of shining liquid chocolate over row after row of truffle centers. 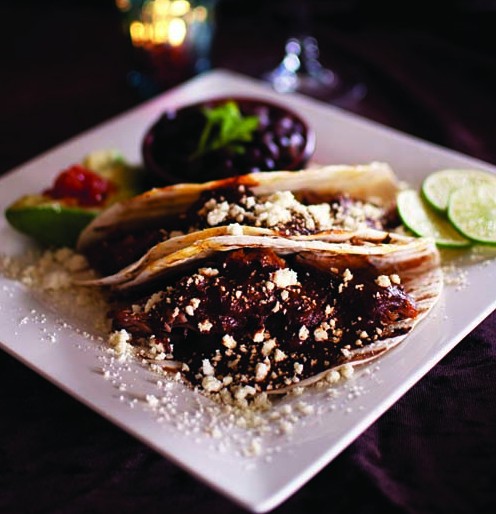 ‘Hey, you got your chocolate in my peanut butter! No, you got your peanut butter in my chocolate!” Remember that old candy bar commercial that suggested that only a collision could bring the two flavors together? It turns out they are an obvious pairing for countless confections and desserts. Chocoholics everywhere agree that a day without chocolate is a day without sunshine. Eating chocolate causes endocrine glands to secrete hormones that affect your feelings and behavior by actually making you happy. Research has found that chocolate eaten in moderation can even lower blood pressure. One T-shirt I agree with reads: “Emergency alert: If wearer of this shirt is found vacant, listless or depressed, administer chocolate immediately!” 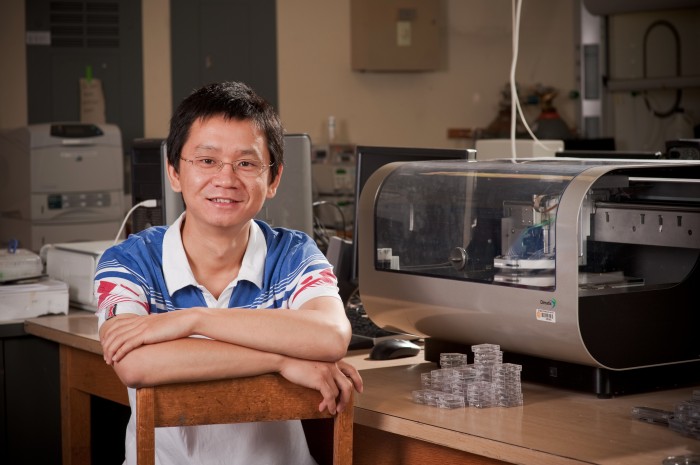 Ingredients: 2 large eggs   1 cup whole milk   2 Tablespoons unsalted butter, melted   1 cup all-purpose flour   1/2 teaspoon salt   1/8 teaspoon freshly ground pepper   1 1/4 ounce Oregon blue cheese, crumbled   1 tablespoon roughly chopped fresh thyme   Non stick spray   Directions: In a large bowl, whisk together the eggs, milk, melted butter, flour, salt and pepper. Whisk until all of the lumps have dissappeared. Whisk in the cheese and the thyme. Transfer the batter to an airtight container. The batter must be chilled; refrigerate for at least two hours or overnight. Preheat the oven to 425 degrees. Spray non-sitck spray in to cups of mini-muffin pan. Fill each cup to the top with the chilled batter. Bake the popovers until golden and puffed, fifteen to eighteen minutes. Serve warm.

Rob Melton, bartender at Salem’s popular French bistro La Capitale, created this delicate and festive cocktail featuring E.Z. Orchards French cidre: 1 ounce Berentzen apple liquor*4 ounces chilled E.Z. Orchards cidreNutmeg and cinnamon stick Shake Berentzen in an ice-filled cocktail shaker for ten to fifteen seconds. Strain into a well-chilled martini glass. Top with cidre. Garnish with a thin apple slice, and a dusting of fresh grated cinnamon and nutmeg. *Berrentzen is a German apple schnapps available in well-stocked liquor stores. If you can’t find it, substitute another brand of apple schnapps. Food pairings Before prohibition spoiled all the fun, cider was one of America’s favorite drinks. With its farmhouse roots—inexpensive, relatively simple to make and a scrumptious way to use a bumper crop of apples – and low alcohol content, typically 3-7%, it was thought of as an everyday family beverage. It’s also complementary to a wide range of… 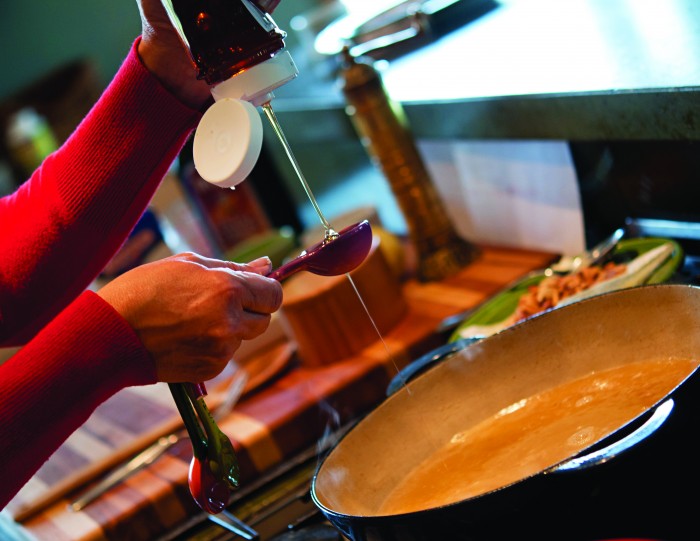 Is there anything in a fruit bowl more accommodating than the apple? Fresh berries wait for no one. Peaches and plums turn soft and mealy in a few days. The greenest bananas will be covered with brown spots within a week while the apple waits patiently. Even when apples pass their optimal ripeness and you put them in the crisper for just a few more days, they can be used in a tart or made into apple sauce. 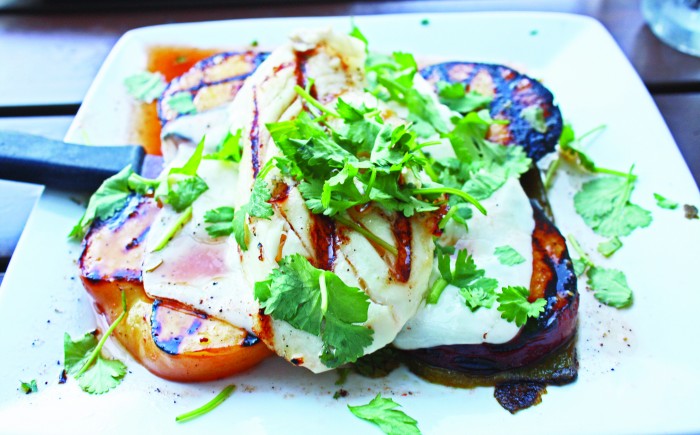