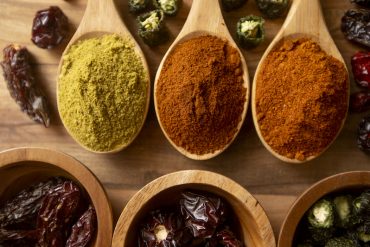 written by Sophia McDonald | photography by Amanda Loman Chili peppers have long been considered an aphrodisiac. The theory goes that the capsaicin, or spicy compound, in these colorful vegetables triggers a release of endorphins as it hits the tongue. That little release of pleasure makes your body warm and ready for other pleasurable activities. Oregon-grown hot peppers aren’t available in stores or farmers markets around Valentine’s Day, but those lucky enough to have stocked up on chili powders and fermented hot sauces from Crossroads Farm near Eugene can still get their spicy fix. Debbie Tilley, who operates the 25-acre organic farm with her husband, Ben, has been producing value-added goods for decades. She used to specialize in dried flower arrangements and ornamental produce, including strings of chilis similar to the ristras found all over New Mexico. “About [the year] 2000, dried flowers died. Dead in the water,” she said…. 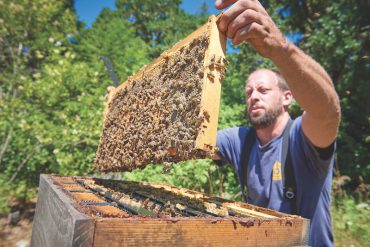 Nectar of the Gods: Old Blue Raw Honey comes in many (nuanced) flavors written by Sophia McDonald | photography by Bill Purcell The jars of thick liquid sitting on Old Blue Raw Honey’s table at the Corvallis Farmers Market ranged in color from spun gold to dark amber. As customers picked them up, company co-owner Camille Storch explained the hand-printed notes on the labels. Storch and her husband, Henry, who has been keeping bees for about twelve years, pay careful attention to the nectar source available to each of their hives. Instead of mixing everything together when they bottle the honey, they keep each hive’s products separate so they can tell customers where the sweet liquid came from and what the bees were eating. Why go to all this trouble? Just as an animal’s diet affects the flavor of its meat or soil influences a wine’s terroir, a bee’s food… 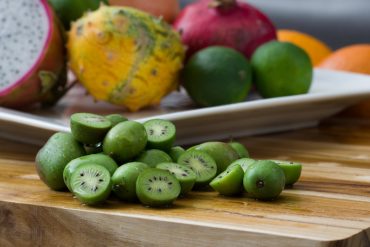 Oregon Kiwi: We are the country’s top producer of this unusual fruit written by Sophia McDonald | photography by Anthony C. Castro Is it possible to grow this tropical fruit in Oregon? Oregon is known for producing world-class berries from spring to early summer. But come September, a strange-looking variety briefly appears for about two weeks. They’re tan globes about the size of a grape. Each has a sweet-tart flavor and a smooth skin that’s entirely edible. Cut one open and the mystery is solved. The flesh of these tiny fruits is lime green and dotted with tiny black seeds. They’re known as kiwi berries, baby kiwi or hardy kiwi, and they’re kin to the fuzzy-skinned fruit commonly found in grocery stores. Oregon is the country’s top producer of this unusual fruit—which is to say there are a handful of farmers growing them on about 125 acres. Peter Dinsdale with… 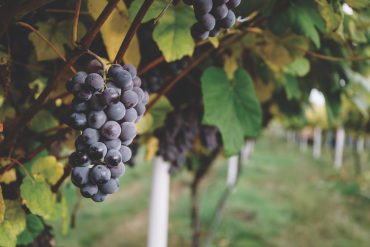 String the words “Oregon” and “grapes” together and most people immediately visualize the vines that run up and down hillsides in the state’s many wine regions. 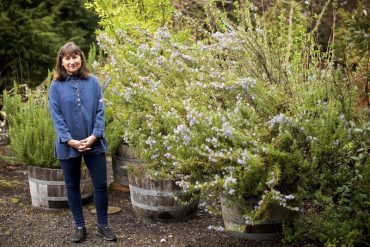 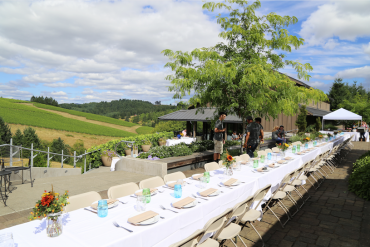 It could be in a barn, or at a long table under the stars in a vineyard that you taste a perfectly braised piece of elk or a handcrafted wedge of locally made cheese. No matter where it takes place or what you get to eat, attending one of Field & Vine’s “Dinners in the Field” is guaranteed to feature farm-fresh, seasonal ingredients paired with a  fine wine. 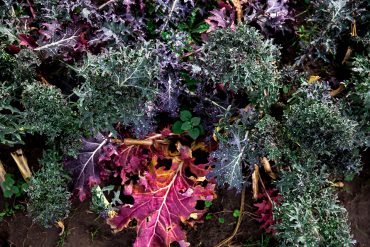 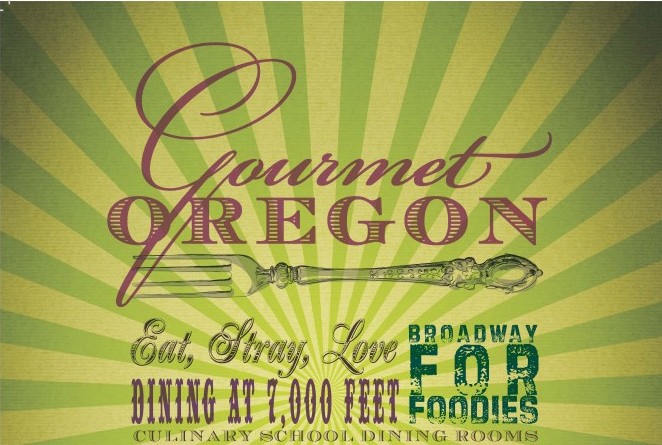 Whether you’re a foodie who plans your outings around your taste buds or a traveler who understands that to know a place is to know its cuisine, gourmet experiences in Oregon are growing in number and in quality—bringing the best in culinary culture to your doorstep. 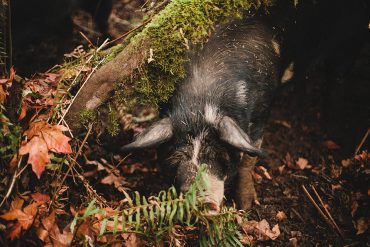 A slice of daily life on Michael Antoci’s Pachamama Farm.