1859’s Trip Planners are your source for exploring the great state of Oregon. Whether you are a local looking for a weekend family getaway or just visiting, each article is an insider’s guide to the best trips in Oregon. 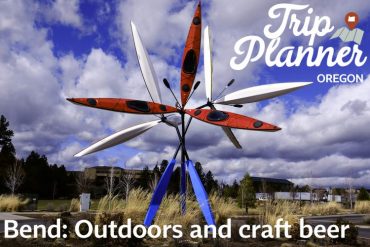 Home to good microbrews, good trails, and good paddling, Bend is a vibrant outpost settled on the high desert just east of the volcanic Cascade Range.

In the southwest corner of Oregon, six miles from the California border, is unpretentious Brookings.

Art, wine and waves mix easily here. So, too, do sweatshirts and dogs.

Medford, a city of 78,000 residents, is starting to come into its own as a destination—not just a place to stay.

For a week every September, Pendleton is the epicenter of the national rodeo universe.

Ashland is a storybook town: a village cradled by steep forested slopes on one side and hills that change from green to tawny, to white and snowy on the other.

Florence is a perfect staging ground for exploring one of the most beautiful coastlines in the world, from the mountainous southern dunes to the craggy beauty of Heceta Head and Cape Perpetua to the north.

Incorporated in 1910, Redmond was named after Frank T. Redmond, who settled here in 1905. Originally dubbed Hub City because it was a day’s horseback ride from here to Bend, Madras, Prineville and Sisters, Redmond remains a pivot point with the area’s only commercial airport at Robert’s Field.

Libation Vacation – Plan your next trip around your favorite spirit, wine or beer