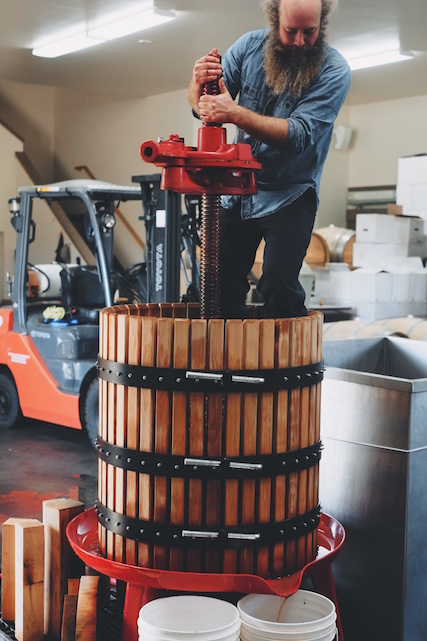 Smockshop Band’s pinot noir is deliciously unconventional. It doesn’t grow in the Willamette Valley, or even in Southern Oregon wine country, but in the Columbia River Gorge just outside of Hood River. On the other side of the Cascade Range, the wine simply tastes different due to the terroir. But being in the Gorge offers other advantages for Nate Ready, co-owner and winemaker of Smockshop Band.

“Here, you don’t feel an expectation to conform to a certain flavor profile,” he said. “When you’re in regions that have a developed tradition, there’s an importance to adding to that tradition. Here you’re freer to explore to different things.”

Ready and his partner China Tresemer moved from Boulder, Colorado and bought 10 acres at Hiyu Farm in 2010, eventually expanding by 12 acres and securing a winery. Their mission was to live on a farm, provide for themselves through the farm and to make wine. The name for the winery, Smockshop Band, was plucked off of a historic map, on which the land where Hiyu Farm now resides was named “Smockshop Band” by Lewis and Clark. 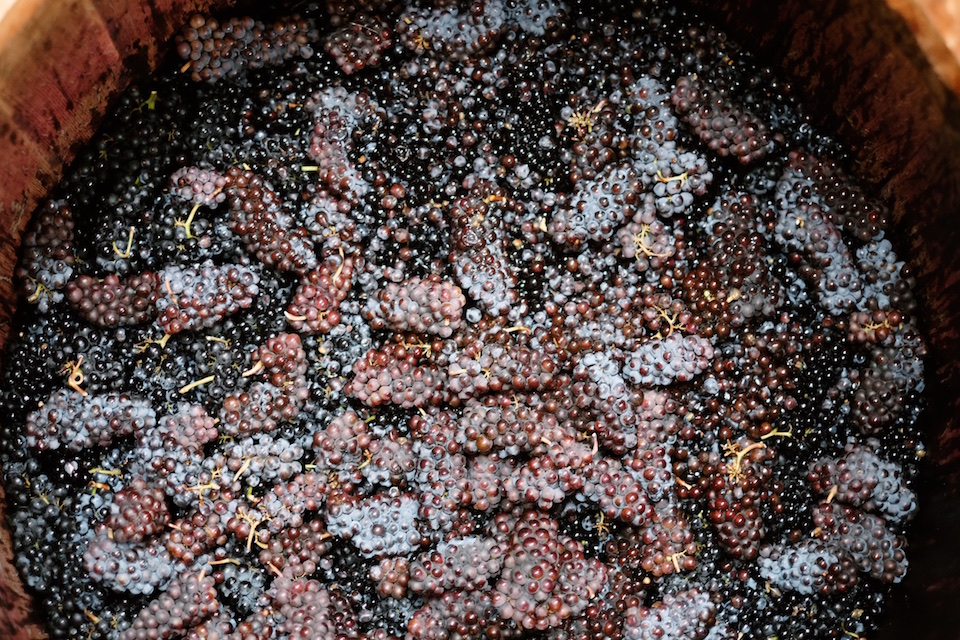 Ready said that his wines fall into the category of naturally made, “without the addition of yeasts, nutrients, enzymes, sugar, acid or water.” The only intrusion to this hands-off approach is when the wine is bottled and it receives a tiny amount of sulfur. The result is a raw pinot noir, unimpeded by science and art. “You pick up more tannins and structure, more tea notes and deeper spice notes—aromatics that are not fruit,” Ready said. 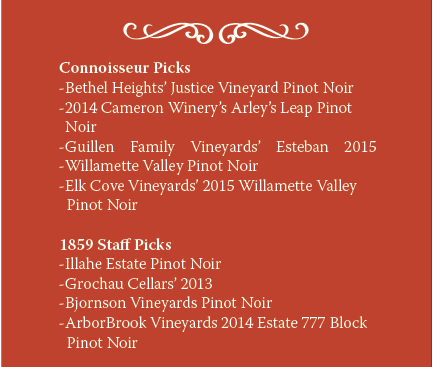 This small, relatively new winery has produced a 2014 that people are noticing, perhaps because it’s so different from the classic Oregon pinot noirs on the market. Made more like a brunello or Burgundy, Smockshop Band’s pinot noir pairs well with foods that most pinot noirs don’t—Mediterranean dishes such as grilled meat skewers seasoned with spices or even with pizza.